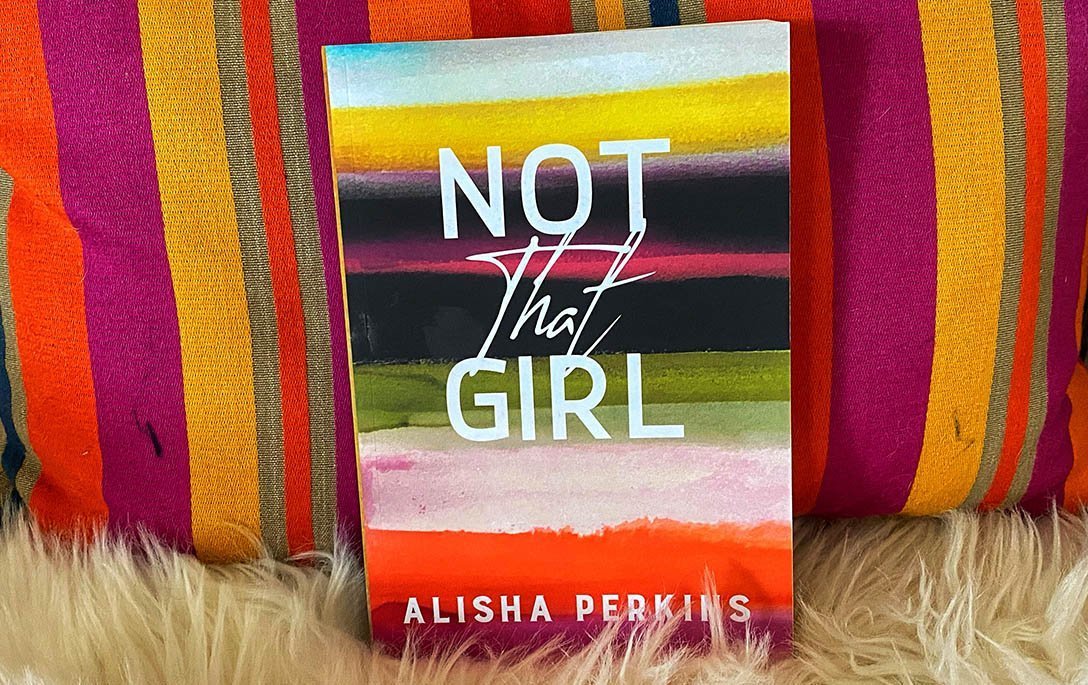 Not That Girl by Alisha Perkins is on Amazon!

When Finley Harper returns to Hadleigh, the objective is clear: clean out the old house and wrap up Grace’s estate as quickly as possible so Finn can return to Boston and leave this town behind for good. After all, it wasn’t exactly a storybook childhood. Finn was never close with Grace, who had been a detached mother at best, and Finn made sure to keep a safe distance all these years from the old friends who might bring back not-so-fond memories —Nick, of Gramps, of a nameless father Finn, has never known.

In this town of marrying types and mothering types, Finn has been the odd one out, and while the old Finn might have cared, Finn was not that girl anymore. Armed with a new pair of running shoes and a standby pack of cigarettes, Finn arrives in Hadleigh, ready to put an end to the old Finley and start fresh. But within hours of arrival, Finn runs quite literally into a man who has the potential to change everything: James Barden, Grace’s lawyer, who has a gorgeous smile, persistent nature, and a cardboard box of Grace’s archives that read like a roadmap of clues: old journal entries, a stack of newspaper clippings…and a promise from beyond the grave: “Your mother said it will explain everything.”

I have to say Not That Girl by Alisha Perkins was an amazing read. The protagonist, Finley, was great and propelled the story along beautifully. However, it was the ending of this book, proving to always embrace who you are no matter what that made the story for me. I definitely recommend adding this novel to your TBR pile if you haven’t already.

Author Alisha Perkins is mom to two girls, wife to Glen Perkins (3-time All-Star Minnesota Twins pitcher), and owner to dog Harry Potter (among a zillion other animals at Gala Farms). Her first and only non-fiction book Running Home was released on May 31st, 2016. Her story of dealing with mental illness in a world full of insane stigma.

Perkins has spoken about her struggles with anxiety and depression openly, honestly, and hopefully, a little humorously for several years. She tries not to take herself too seriously, but she also wants to be taken seriously. Perkins is complicated, contradictory, illogical, and ironic, but at the end of the day, she is ‘just me.’ She tries to be honest and authentic, but she’s also a wimp who doesn’t want to offend. ‘I walk the line.’

She also gave her first TEDX talk entitled “How Many Celebrities Does it Take to Change a Stigma” in May 2019, centering around breaking the stigma surrounding mental illness in our society.

Angels in the Mist by Ryan Southwick