The Endless Relation of Love by Adepoju Olaoluwa Itunu 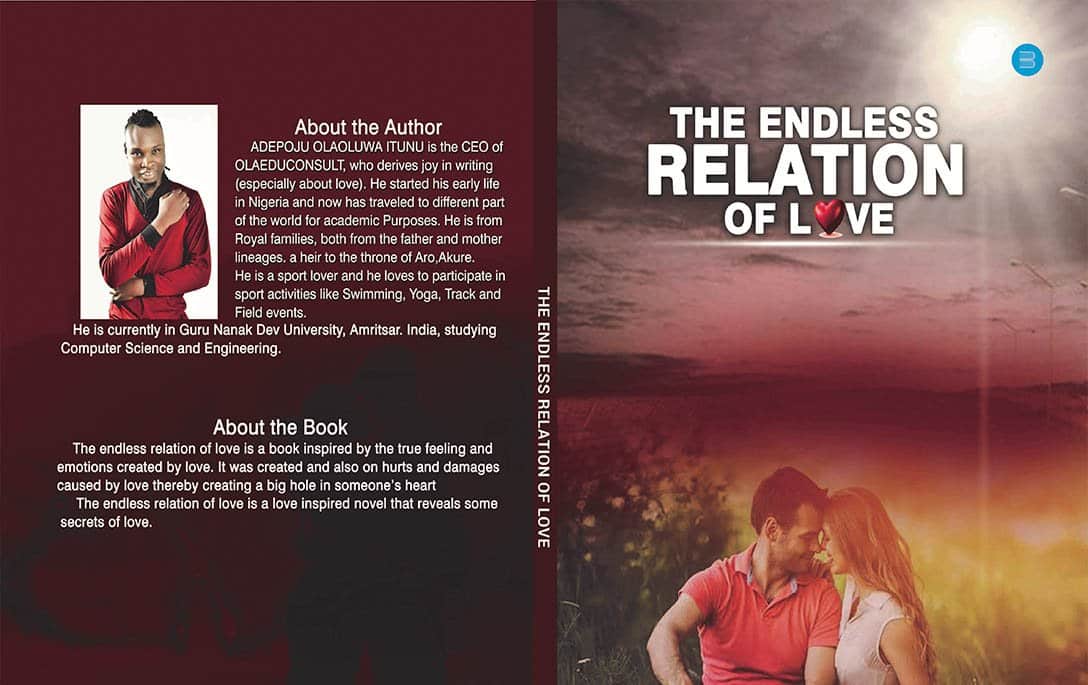 The Endless Relation of Love by Adepoju Olaoluwa Itunu is here. There was a thunderstorm within him. He couldn’t seem to calm the turmoil in him. He was hurt but wondered how anyone would understand his pain. How would he explain the raging storm within him?

“You’re just a little boy, you know nothing about life,” others told him.

Gradually he learned to tame the storm within him. He was blinded to the stabbing pain in his heart. With grim tears, he stared at the object in his hands- his greatest nightmare but also his greatest strength.

Adepoju looked at his friend like he had suddenly grown two heads. He twirled his pen between his fingers, looking at him slyly.

“You really want me to go on a blind date?” He asked Mike in disbelief.

He watched Mike straighten his grey Armani suit, tugging slightly at the lapel.

“Do you plan on being single all your life?” Mike asked, smirking.

“Someone hearing you would think you’re a married man with like five kids already,” he scoffed.

Picking up his coffee, he took a slow sip from it while staring at Mike through the rim of the cup. “I’m the ladies’ man, bro,” Mike said with a hint of pride, which made Ade laugh. “I can’t just break innocent women’s hearts by retiring so early man. I really don’t mind being a bachelor for a couple of years,” Mike said, winking.

Ade couldn’t dispute the fact that Mike was a playboy. He had the looks and even the gene of a playboy.

The Endless Relation of Love is a love inspired novel that reveals the secrets of love.

Engrossed in the writer’s heart, his longing for the foundation which he has lack affects his personal life. Someone with so much pain do you think he can survive?

Adepoju Olaoluwa Itunu is a young athlete who has a passion for sports, swimming, and weightlifting. In complement to these, the young prince is also the CEO of OLAEDUCONSULT. This company helps potential students to secure admission alongside with scholarships to various universities around the world, and also the CEO of FITNESS EMPEROR. This company helps willing people to stay fit regardless of their age. It must be noted that he is also a model, an author, as well as a python programmer, and he is currently pursuing another bachelor’s degree in Computer Science & Engineering in one of India’s most prestigious universities.

Get this book on Amazon today! Have you read this novel? Want to get your book feature? Contact me! Also, don’t forget to check out my feature on Feedspot’s Top 100 YA Book Blogs!

Reigns of Utopia by Elsie Swain