Queen of the Owls by Barbara Linn Probst 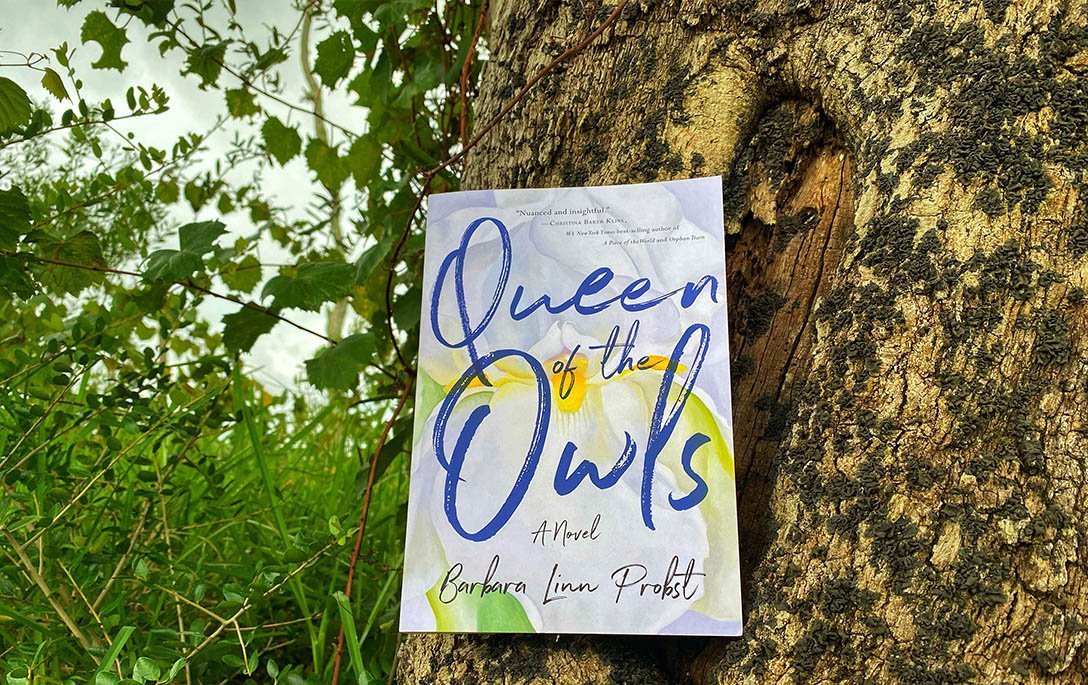 Queen of the Owls by Barbara Linn Probst is out now. A chance meeting with a charismatic photographer will forever change Elizabeth’s life.

Until she met Richard, Elizabeth’s relationship with Georgia O’Keeffe and her little-known Hawaii paintings was purely academic. Now, it’s personal. When Richard reawakens an awareness in Elizabeth that’s haunted her since she was a child—the truth that cerebral knowledge will never be enough—Elizabeth takes a step she never imagined, and her life begins to unravel.

Elizabeth wants what Georgia had.

But how much is she willing to risk to be truly seen and known?

Queen of the Owls by Barbara Linn Probst was a fantastic read! It took me two days to read it from front to back, and I didn’t want to put it down. I loved the characters and the relationships in this book, especially between Elizabeth and her sister, Andrea. The way they evolve throughout the book was beautifully written.

The academic part of this book was a fantastic surprise too. Truthfully, I was a little worried not knowing a lot about Georgia O’Keeffe if I would be able to understand the art part of this book. But I did because author Barbara Linn Probst interweaved it into the plotline in a great way. It added so much to the character of Richard too. I won’t give away spoilers, but the ending of this book was definitely I highlight. I love how the pieces were brought together. Overall, I recommend reading this book!

Author BARBARA LINN PROBST is a writer of both fiction and non-fiction, living on a historic dirt road in New York’s Hudson Valley. Her debut novel QUEEN OF THE OWLS (April 2020) is the powerful story of a woman’s search for wholeness, framed around the art and life of iconic American painter Georgia O’Keeffe.

Endorsed by best-selling authors including Christina Baker Kline and Caroline Leavitt, QUEEN OF THE OWLS was selected as one of the twenty most anticipated books of the year by Working Mother, a debut novel “too good to ignore” by Bustle, was featured in places like Pop Sugar, Entertainment Weekly, and Parade Magazine. It also won the bronze medal for popular fiction from the Independent Publishers Association, placed first runner-up in general fiction for the Eric Hoffer Award, and was short-listed for the $2500 Grand Prize.

Barbara has a Ph.D. in clinical social work and blogs for several award-winning sites for writers. To learn more about Barbara and her work, please see http://www.barbaralinnprobst.com/

Note: information and photos were provided by author.

Don’t Look For Me by Wendy Walker

Don't Look For Me by Wendy Walker