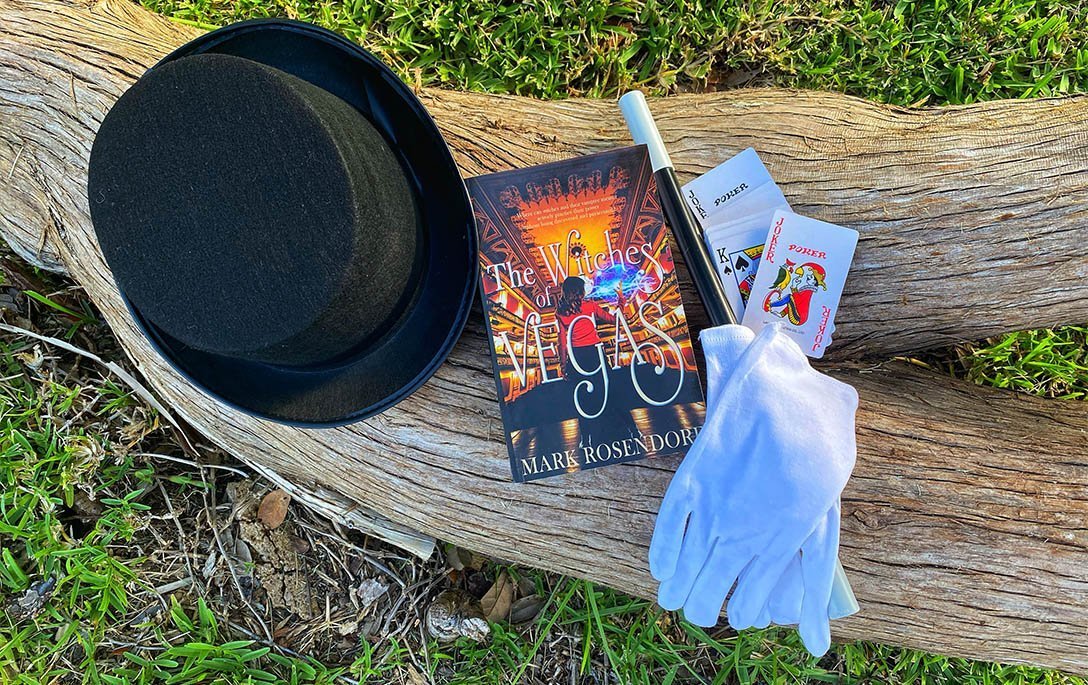 The Witches of Vegas by Mark Rosendorf is out now!

Where can witches and their vampire mentor practice their powers without being discovered or persecuted?

By using their magic, the Witches of Vegas become the number one act performing on the Las Vegas Strip—a great achievement for them, but not so much for the magicians—who can’t possibly keep pace.

Isis Rivera is the adopted fifteen-year-old daughter of The Witches of Vegas. Zack Galloway is the teenage nephew and assistant to the last magician left in the city. Although they should be rivals, when Valeria, a four-hundred-year-old witch with a long-seeded grudge against humanity, arrives in Sin-City, both teens act to bring their families together to stop the evil hag in her tracks.

But can the combined witches’ powers and the ingenuity of the magicians be enough to stop Valeria from taking over the city and possibly the world?

This book was a fabulous read! The combination of magic and fantasy was pitch-perfect throughout the entire novel. The characters were great. Each one was well-rounded and had a unique personality and that isn’t easy to achieve, especially when one is a century-old vampire! But Author Mark Rosendorf achieved it and even made Luther one of my favorite characters. I also enjoyed how the story took us into the past in such a unique way. It truly added to the storyline in a way I wasn’t expecting. However, what I loved most was how fresh this storyline was for the fantasy genre. I haven’t read anything like it, which was a HUGE plus for me. This book was just what I needed to get back into the fantasy genre! The Witches of Vegas is one I’ll be reading again!

Author Mark Rosendorf is a high school guidance counselor in the New York City Department of Education’s Special Education District. He is also a former magician. Mark shares his knowledge of magic with his students as part of the school’s Performing Arts program. He uses stage magic to help teach teamwork and build confidence in his students.

Mark is also credited with published novels in various genres, including The Rasner Effect series. He eventually decided on early retirement from writing. When asked why Mark’s usual answer was because he lost his favorite pen.

Then, one night, at two a.m., a new and unique story shot into his brain like a lightning bolt, screaming for him to write it. Suddenly, despite the decision to never write again, Mark found himself spending several nights taking notes on the characters and their stories. That is how The Witches of Vegas was born and is now on these pages.

A Noble’s Path: An Enchanted Isles Novel by I.L. Cruz

Saving the One You Love by LeAnne McKinley