Called by Darkness by Ashton Abbott 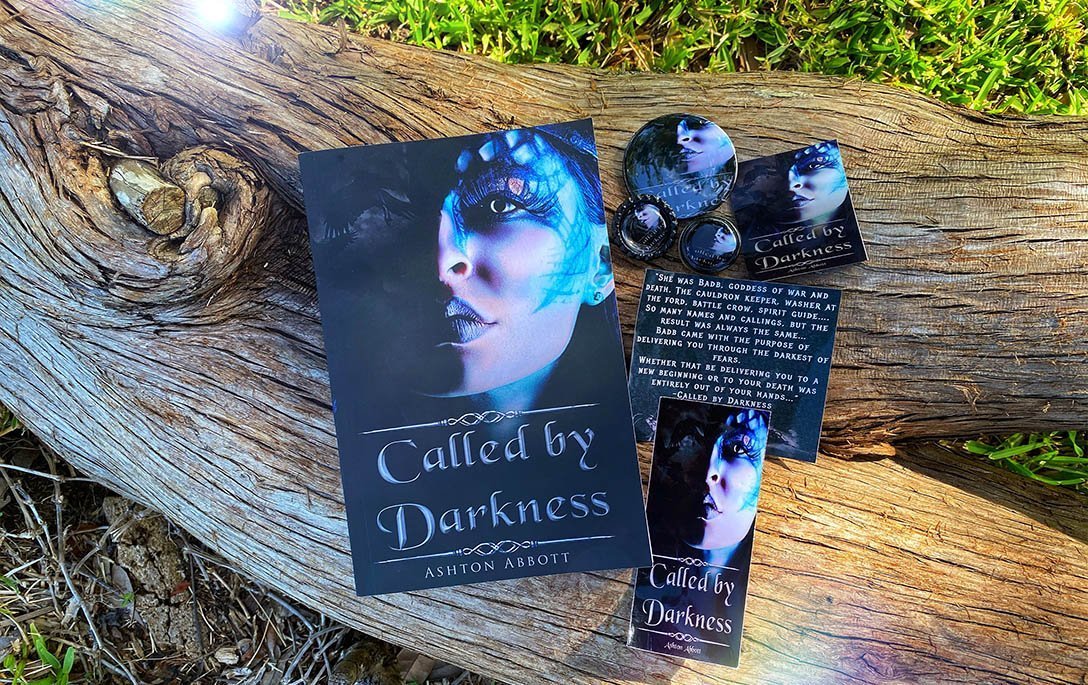 Called by Darkness by Ashton Abbott is out today!

The Morrigan has fallen.

Badb, goddess of war and death, has been captured.
Her sisters have been taken, and there is nothing she can do to seek revenge.

The order that has imprisoned them claims to protect the balance of the human world, yet they have made it their mission to dismantle all who maintain that stability through dark means.

All through her torture Badb has held on to her sanity, knowing that one day her captors will be on the receiving end of the horror that has become her existence.

But first, she must bide her time and build her strength, for escaping the clutches of the Raedan Order is no easy feat. But once she does… there will be no mercy.

Until then, she is trapped in the flesh-eating waters of the River of Lost Souls, forced to travel through her memories and relive the path that led her to this ruin.
Will the torturous waters break her? Or will they be the key to her freedom?

I have to say bravo to author Ashton Abbott. It is not easy to write the backstory of a villain AND make the reader feel for them. But I definitely did for Badb, Goddess of War at times. The way Abbott conveyed the character throughout this novel was excellent. I also enjoyed the darkness and twists. They were captivating until the very end! I recommend picking up this novel. I was so glad I got the chance to read it and LOVED the matching accessories!

Note: The author sent me a copy of this novel for review.

The Forbidden Room by Alan Gorevan