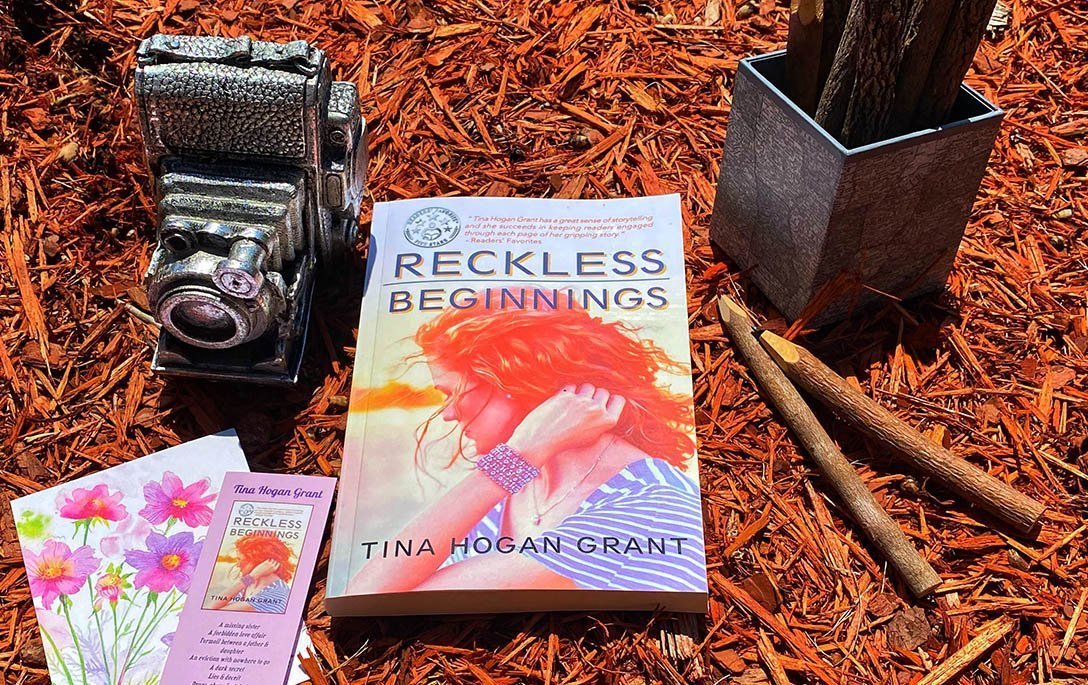 Reckless Beginnings by Tina Hogan Grant is out now.

BOOK ONE OF THE TAMMY MELLOWS SERIES

She wanted the American dream…

…but got a nightmare.

How will she survive and protect her child?

Tammy’s had a plan. Move to the U.S. and follow the white picket fence dreams she’d always had. Steven seemed nice, but there were clues she’d missed. He became abusive.

After she had the baby, it got worse.

Steven was addicted to heroin.

Thrown into a life of drugs and violence, Tammy lived in fear of what Steven might be capable of and struggled alone to provide for her young son. She longed for any sign of hope. Then he hit her.

Could she escape? Who would be there for her? You’ll be hooked from the beginning because this isn’t your typical coming-of-age story, and it’s based upon true events.

Reckless Beginnings was an amazing novel to read. I think Author Tina Hogan Grant is an inspiration to have the courage and strength to write this novel from her own experience. With the rise in addiction, it is true that you don’t really hear the other side of the story. It is usually about the addict in stories and what they overcome. How an addict’s behavior affects another in their life is not always conveyed. However, the way Tina captured that in her novel was amazing. I think she did a brilliant job conveying her story through Tammy Mellows and Steven. If you haven’t gotten this novel, get your copy today.

Tina Hogan Grant was born in England and moved to the States in 1979.

After moving to California, she became a commercial fisherwoman and spent ten years fishing off the southern coast of California with her husband, Gordon. When they retired from fishing, they moved to Frazier Park CA in 2003 and spent the next ten years building their dream home, doing most of the work themselves. Better Endings, Book two of The Tammy Mellows series was published in Jan 2020. She also writes suspense Romance and currently has two books published in the Sabalea series. Book three is due to be released in August 2020.

Favorite quote: “There’s no such word as can’t.” When Grant is not lost in her world of writing, she enjoys riding ATVs, hiking and discovering new trails, and going on road trips.