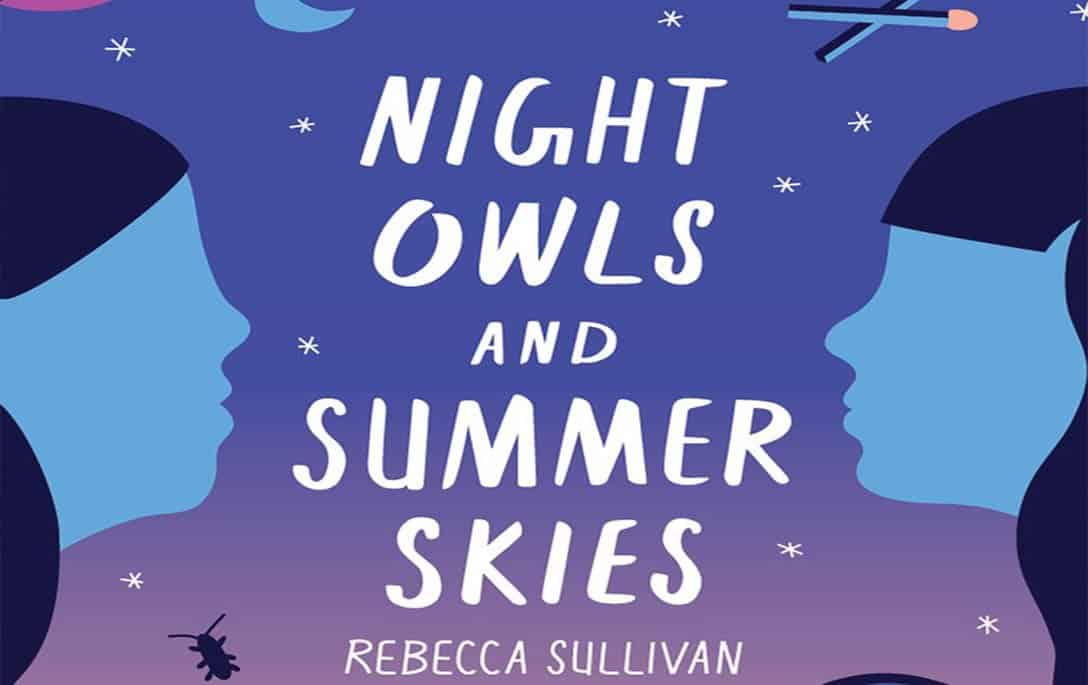 Night Owls and Summer Skies by Rebecca Sullivan is available to read now!

Today we have Rebecca Sullivan, Author of Night Owls and Summer Skies on:

Question: What inspired you to write Night Owls and Summer Skies?

Rebecca Sullivan: The idea initially came when I was doing an exam in secondary school where we had a section to write a short story. That day was really hot and sunny as it seemed to always be during exam season. I wanted to be at some summer camp and away from the stresses of my life. That’s how ‘Camp Mapplewood’ came to be. It was one of those stories that was always at the back of my mind but I didn’t explore again until I was in a good place mentally a few years later during college. At Emma Lane’s age, at around seventeen, I was suffering from the same mental health issues, depression and anxiety that was exasperated by questioning my sexuality in silence. I read a lot of books during that time with characters who were in the closet and while it was nice to see myself on the page, it didn’t help my head space at the time to read the same type of story over and over. So a summer camp with a character who was managing her mental health and had already gotten help was an idea that wouldn’t go away until it was put down on paper.

Q: What sets Night Owls and Summer Skies apart from other books of the same genre? What do you hope to bring to the world of young adult fiction?

RS: The book explored two ways a young person might deal with having a homophobic parent. While Emma had her dad to be her champion, Lauren didn’t have anyone to stand up for her. Lauren’s only refuge was the summer camp. She retorted to desperate measures like bullying to keep her safe place. Emma could’ve just have been easily Lauren, if it weren’t for the support system Emma had in place and the help her dad got her, she could’ve been the one desperate to escape a toxic household. While Lauren’s home situation does not condone her actions against Emma or Emma’s best friend, Gwen, I think sometimes LGBTQ+ youth are let down and Lauren is a prime example of someone who’s fallen through the cracks without anyone offering help. While I wanted to write a book from a POV with a more optimistic outlook, that showed life after living with Emma’s mother was happier, I wanted to show at the same time, not everyone is as lucky. I want to continue exploring different experiences that comes as a person living through the lens of an lgbtq+ person.

Q: In the book, Emma struggles with her mental health. What do you hope your young readers will take away from Emma’s mental health issues and how she copes with them?

RS: At times you’re going to be put in situations that are detrimental to your mental health and it sometimes cannot be helped. The camp is Emma’s nightmare because she’s without her support system, her dad, and she can’t escape the place that terrifies her and mentally drains her. It’s a constant reminder that while she had done the work and sought out help and had gone to therapy, mental health issues aren’t something that can be ignored and is something that needs to be managed. I think the camp embodies that message well, serving as a consistent reminder. She has moments where it’s overwhelming. After confiding in Vivian Black about her fears, she stops ignoring her mental state and starts uses therapy techniques to tackle rising anxiety. There’s no straight path when it comes to mental health and there will be hurdles but relying on people and speaking about it might lessen the load.

Q: How did you create Emma’s relationships with each of her parents?

RS: I wanted to write the reality of a young lgbtq+ person. There are going to be places like Camp Mapplewood that don’t make sexuality a big deal. There are going to be people who support you, and show you unconditional love, like Emma’s dad, and other adult figures at the camp. There are also people who won’t support you, like Emma’s Mom. It’s hard to know that someone you are close to doesn’t accept you for who you are, but you’re going to find people who do. It’s hard to know that you will find these great people when you’re stuck at home and living with someone who doesn’t support you. It was important to have these distinct differences between Emma’s relationship with her parents and to have a bubble where she had an independent support system at camp without either of her parents there.

Q: Do you have any advice for young readers who identify with Emma and her relationship with her mother?

RS: It’s especially hard now for  lgbtq+ youth stuck in isolation because of the pandemic. Remind yourself that you are not alone, and that the problem is not with you, but with the homophobic family member. It is not your fault that your relative doesn’t understand you.

Q: What was your biggest challenge when writing Night Owls and Summer Skies? Do you have any advice for young writers facing similar challenges?

RS: Sometimes writing is exhausting. Even if you try to make things perfect, it’s not always going to end up that way. (Which is okay, that’s the beauty of writing). You’re just getting annoyed and overwhelmed by the process. Especially if you have a perfectionist mindset.  Sometimes you can be too burned  out to start because you know it’s going to end up the way you want.  That is the worst thing about perfectionism — it can deter artists from making something at all. My biggest challenge was wanting to sit down and make it perfect. It was hard to start as it was hard to stop. Consistent breaks and doing things that was not writing really helped me find a balance.

Rebecca Sullivan is a twenty-two-year-old student at the National University of Ireland, studying English Literature and Geography. She is obsessed with fluffy socks and anything to do with owls, particularly in the form of candles and other odd trinkets. Even when sleeping there’s no escape from writing for Rebecca as she plans story arcs by inducing a lucid dreaming state.

Wattpad Books, a division of Wattpad, is the leader in data-backed publishing. Leveraging billions of daily insights from Wattpad’s global community of 80 million book lovers, Wattpad Books combines the best of art and science, using human expertise and Story DNA Machine Learning technology to identify the trends, voices, and stories that are the future of publishing. By elevating the stories of diverse communities around the world, Wattpad Books is creating new space for writers and fans of every genre.