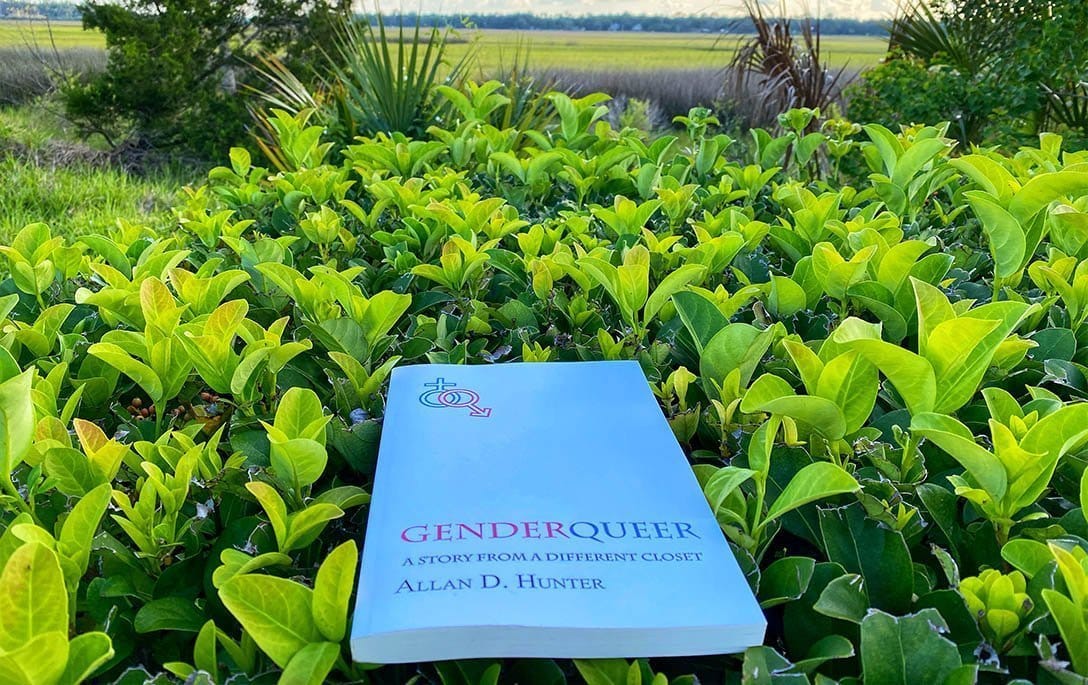 GenderQueer by Allan D. Hunter is out now. This is a coming-out story of a male-bodied girl-gendered hetero genderqueer, entertaining true-life drama that will particularly appeal to anyone exploring gender/orientation issues.

NOT THERE.  A different story.  Nearly all other “trans” memoirs are by people who feel they were “born in the wrong body.”  This one isn’t.

Derek is a girl.

He wasn’t one of the boys as a kid; he admired, befriended, and socialized with the girls and always knew he was one of them, despite being male.  That wasn’t always accepted or understood, but he didn’t care: he knew who he was.

Now he’s a teenager and boys, and girls are flirting, and dating and his identity has become a lot more complicated: he’s attracted to the girls. The OTHER girls. The female ones.

GENDERQUEER: A STORY FROM A DIFFERENT CLOSET is a 96,000-word memoir –  a coming-of-age (and coming-out) story – set in the 1970s but aimed at today’s gender-questioning world.

Junior high to college, the stage on which Derek’s adolescence and early adulthood take place, is mostly hostile to gay people. Transgender isn’t a word in everyday use yet, and against this backdrop, Derek seeks friends and companions and someone to love in a world that has no name or concept for who he is.  Years of painful questioning, vulnerability, and confusion are interspersed with fragile optimism and hope and a willful determination to survive.

In 1980, 20 years before the word “genderqueer” would roll off anyone’s tongues, Derek takes a close look at himself and finally comes out:  “I’m a girl, that’s my gender; I’m male, that’s my sex; I’m attracted to females, that’s my orientation.”

Thirty years later, the average liberally tolerant person who knows about “genderqueer” may think-if not necessarily say to our faces- that if there weren’t already a subgroup of people already out there

“doing genderqueer,” we’d never come up with it on our own; that it isn’t a real gender or sexual identity the way that being lesbian or gay, or even trans, is, with real suffering and alienation anchored

in the way, that who we are isn’t what is expected based on our bodies.

This is a first-hand story in which genderqueer as a sense of identity is *emergent*, both for the main character Derek and for the reader, for whom it is displayed so they can see for themselves the gradual process of formulating an identity that diverges from that of other people.

GENDERQUEER will be a resource for anyone exploring questions of identity and questioning their own sexuality.

I have to say author Allan D. Hunter did a great job in this memoir novel. It took heart to write this novel and connect the reader to Derek in the way Hunter did. He did a great job of bringing to light a subject matter that isn’t out there as much as it should be. This book is very original, and the voice conveyed through the character really drew me in. Following Derek throughout his life and having him question things, I believe, will connect with a lot of readers and give you a new perspective.

The Betrayal by Anne Allen

The Affliction of Praha by Simon Gillard