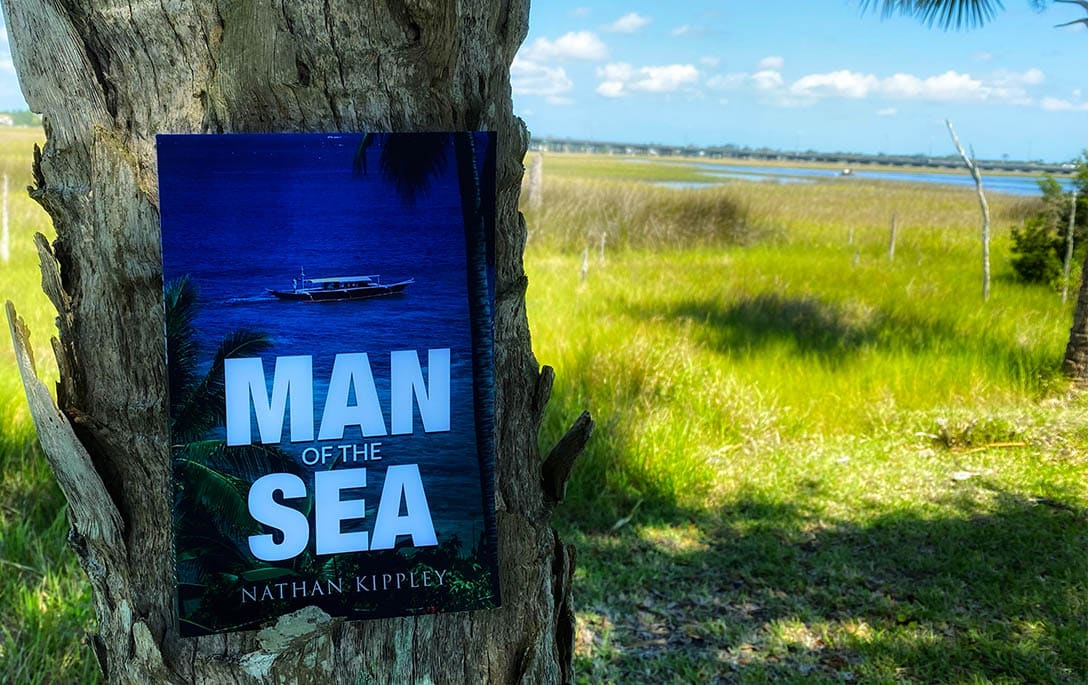 Man of the Sea by Nathan Kippley novel is here. For decades, a string of grisly, unsolved murders has devastated the Florida Keys. Sailors whisper tales of a pitiless seafarer known only as The Man of the Sea who prowls the nearby waters, carving his hostages into fishing bait before ebbing back into the shadows. Authorities have never found any trace of him, but the death toll continues to rise.

In the aftermath of a family tragedy, brothers Silas and Joe head to the Keys in search of a fresh start. Despite the local legends, things seem to finally be turning around for the brothers and their new fishing business. But as the clouds start to darken over their sun-soaked paradise, they realize that their troubles are far from over.

Meanwhile, newly minted millionaire Billie has just settled into a relaxing Caribbean vacation when her yacht is attacked, and she becomes stranded on a remote island known as “Heaven’s Gate.” The very limits of her cunning and grit are tested as she fights to survive in this picturesque but deadly place, unarmed and alone – for now.

Embark on a nonstop tropical adventure that weaves lush scenery, gripping narrative, and unforgettable characters into a story that will keep you tearing through pages toward the thrilling conclusion.

Author Nathan Kippley is a dad to two wonderful, smart, headstrong, rough and messy little boys.  He is a husband to a sweet, beautiful, smart, particular, and at times very cheeky wife.  Kippley also is a traveler to any and every destination possible, kids or not — he will go!  He’s a pirate (at least in his own head), and a storyteller of herculean proportions! — “I love to embellish…” -Kippley

His passion is anything to do with water, especially rushing water; waves or whitecapped rivers feed his soul.  Kippley has never been a fan of shoes and only wears them if someone is paying him to, or from snowy necessity —  “I moved back to Wisconsin from Savannah, Georgia. I must love my family more than I dislike shoes…” -Kippley

Key West is his special place — it’s the end of the earth and the center of the world all wrapped into one — this is where the series is based, out of love for the island and the intoxicating intrigue of the Caribbean Sea.

Man of the Sea is Kippley’s debut novel, since then he has published a second, middle-grade story, titled “The Lucky Bat.”  He writes very fast-paced and easy to read novels, like most authors. He also is guilty of writing to his own likes — “I just want to go fast.”- Kippley

If you pick my book up and cannot put it down: mission accomplished.

Don’t drift too far from shore…

Man of the Sea; Abandoned Lighthouse—Book II of the series, releasing August 2020

Hope you got lost in the palm trees and not the waves,

If you know me and my books, you know I’m starting to become a huge mystery/crime buff reader. I was so excited to read Man of the Sea. I have to say Kippley did an amazing job on this story from start to finish, even the epilogue. The characters were great. I loved Billie and Silas. The epilogue about them made me very happy! As for the mystery, the twists and turn made it great, driving the story along and keeping the reader guessing. I definitely recommend picking up this fast pace novel, that had me unable to put it down!

Have you read this book?

The Lane Betrayal by John Heldt