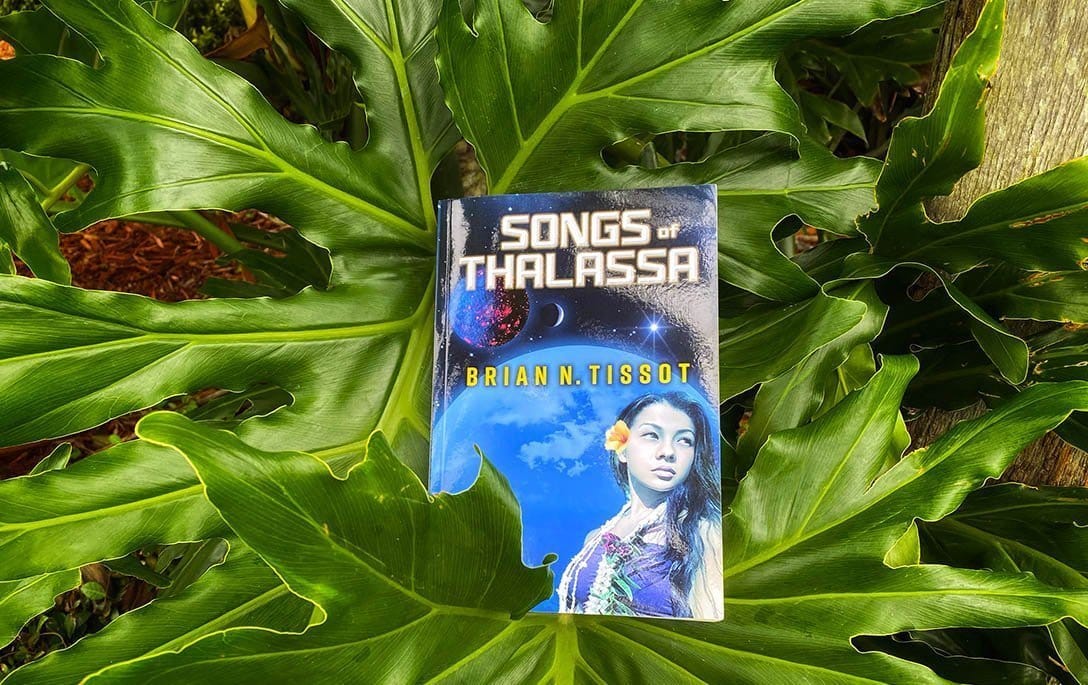 Songs of Thalassa by Brian N. Tissot releases May 20th! In a future where sporting competitions take place on distant planets, a Hawaiian surfer seeks to reclaim her fame and followers while defeating her nemesis once and for all. But once she hears the songs of the Thalassa, she’ll discover that winning might not be the most important thing.

After a surfing accident claims her career and nearly takes her life, surfer Sage Thompson is at a crossroads. Still mourning her astronaut father’s death on a mission to the ocean plant Thalassa, a tragedy she might be able to put behind her with the help of her fans—if they still believed in her—she’s not sure what to do, where to go, or how to move on. But when Milo challenges her to a contest on the ocean planet Thalassa, the asteroid and a tsunami-ravaged world that stole her father, Sage discovers something else worth living for. In the midst of her journey, the melodic songs of the planet compel her to face her destiny and defend her new home. But will she succeed in the fact of betrayal while trapped in the growing tidal and predator cycles of Thalassa?

This novel by Brian N. Tissot is a vibrant edition to the book world. The descriptions are spot on and pull you into the world of Thalassa. I enjoyed the character of Sage. She has to go through survival while also facing obstacles that will lead her to her true fate if she dares to face it. We get to see her grow and overcome struggles, making her who she is within the novel. My favorite part of the novel was how unique Thalassa was within the novel. It made me want to actually go there! I liked the remarkable story of her father being an astronaut really tying in a background with the place.

Overall, I recommend getting this novel. It releases May 20th, and you can get it here. Have you had the chance to read it yet? What was your favorite part?