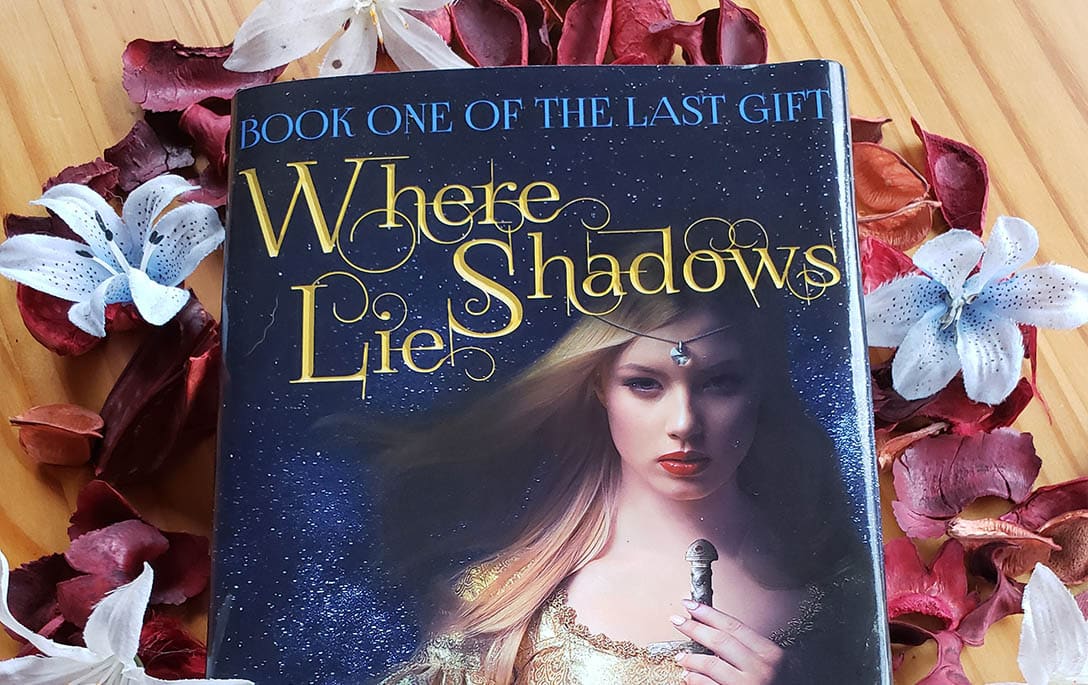 Where Shadows Lie by Allegra Pescatore is out now! The Chosen One is dead. Now, his little sister must take his place.

Author Allegra Pescatore debuts a fast-paced Epic Fantasy Romance featuring a disabled, LGBTQ+ protagonist, and a diverse cast of characters in Where Shadows Lie. The first installment of the Last Gift Saga.

After the brutal murder of her brother at their father’s hand, Elenor Lirion gets launched into the midst of a deadly game to which she does not know the rules. Surrounded by lies and warring factions, she must learn to put her trust in the right people if she wants to survive. If the rebels opposing the Lirion regime don’t kill her, her family just might. After all, they’ve tried it before. Scared but determined to do right by her country, Elenor must choose between following in her father’s footsteps or fulfilling the dream her brother died for.

But time is already running short, and there are more lives on the line than just her own. Gabriel Navarl was willing to die to rid Lirin of their tyrannical king. Now, separated from the Rebellion and the people he loves, Elenor is his only hope of survival. Helped along the way by a grouchy old doctor, a boisterous group of nobles, and a mysterious magical adept, this unlikely duo must learn to trust each other if they want to fix their kingdom.

With an ensemble cast of heroes, villains, and those who straddle the line, Where Shadows Lie entices the reader into a world of magic, intrigue, and romance.

Allegra Pescatore is joined by her father, world-renowned sculptor and painter John Fisher, to bring this sprawling adventure to life. Each of the six parts of Where Shadows Lie is accompanied by exquisite pencil illustrations reminiscent of Tom Jung and Alan Lee. This father-daughter duo have created a book that is sure to captivate adult and late teen lovers of fantasy.

Since her early life in Italy, Allegra has had an unquenchable desire to explore the world and tell stories. Her many years of international travel have given her a well-rounded view of culture and a passion for creating unique and engaging fantastical worlds. As a disabled woman and staunch LGBTQ+ ally, Allegra hopes to write engaging, diverse, and representative Fantasy and Science Fiction, where people who do not often see themselves center stage get the chance to shine.

The Reason by Stacy M Wray

The Inside Hustle by Joanna Walden