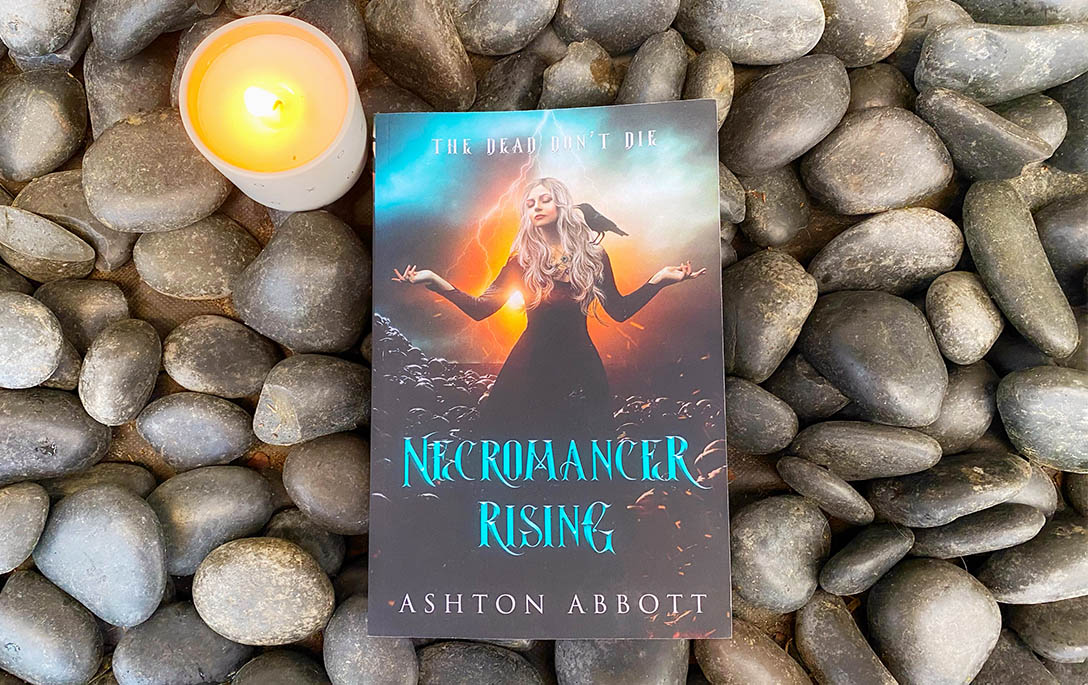 Necromancer Rising by Ashton Abbott is out now!

The delicate balance of this world was threatened when , goddess of war, is unleashed. With the help of other immortals drawn to her cause, she seeks to free her sisters and merge with them once more to form The Morrigan.

Adeline Verone was prophesied to be the Queen of the Dead. The most powerful necromancer to ever grace this earth. The problem? Adeline can’t access her powers. This becomes an even bigger problem when a group of immortals makes it their mission to capture her, forcing Adeline to run for her life. When that doesn’t work, Adeline is forced to trust a brooding werewolf, William Flynn, that is hiding a secret agenda of his own.

William had his life turned upside down at the loss of his brother. When a witch falls under his protection, he chooses to betray her in order to protect his pack. The problem in his plan? William didn’t realize how much he would regret that decision.

Can Adeline and William ally for the sake of defending the world against The Morrigan, goddess of war, fate, and death? Or will William’s betrayal and the uncontrollable lust they feel for one another be their downfall?

Overall, I found the concept of this novel fresh for fantasy. A witch and a werewolf are a sexy combination and hard to pull off, but Ashton did a fabulous job in capturing the essence of who their characters are inside. She didn’t forget their inner natures, which I loved. It made the story that much more fun and enthralling to read.

The Houses of Lorian Hollow by Sarah Seado

The Archer's Diary by Liam Cadoc