A Noble’s Path: An Enchanted Isles Novel by I.L. Cruz 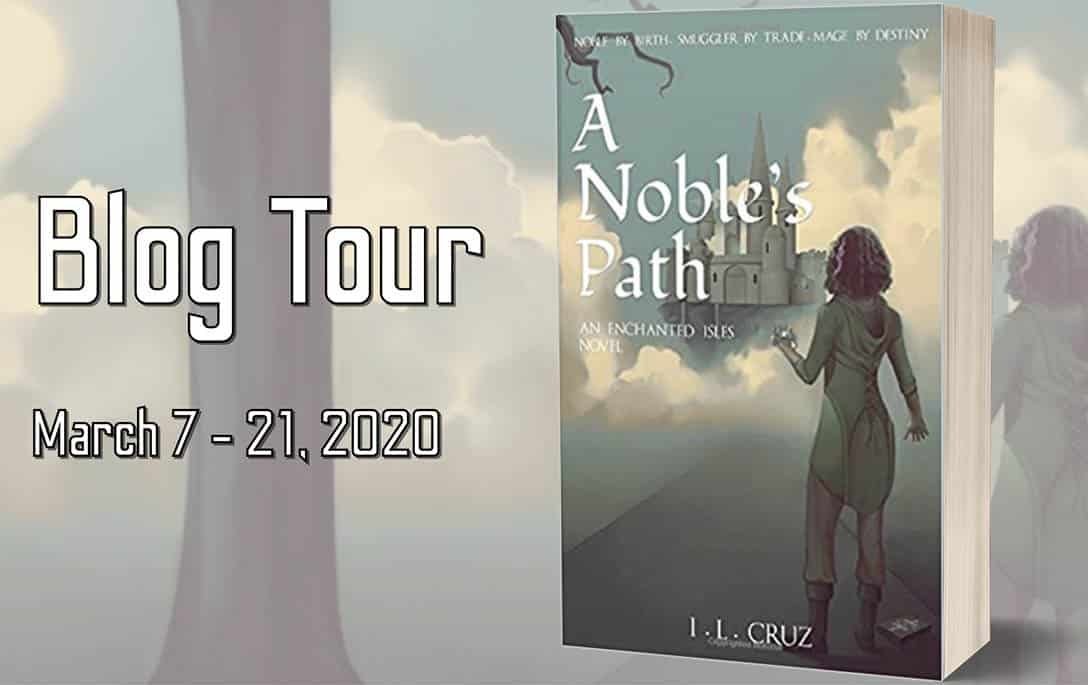 A Noble’s Path: An Enchanted Isles Novel by I.L. Cruz is book number two in this amazing series.

In book 2, divided loyalties test Inez Garza. The infamous incident at the Academy of Natural Studies has forced her to work for the King’s Men while continuing to serve the hidden market. Supporting Birthright furthers the cause of Magical Return, but the cost may be the fall of the royal house and losing Zavier forever. And the strongest pull of all is her growing and erratic magic, which demands everything and offers destruction in return. Inez must decide where her loyalties lie—saving Canto or saving herself.

Author I.L. Cruz decided to make writing her full-time career during the economic downturn in 2008. Since then she’s used her BA in International Relations to sow political intrigue in her fantasy worlds and her MA in history to strive for the perfect prologue. When she’s not engaged in this mad profession she indulges her wanderlust as often as possible, watches too much sci-fi and reads until her eyes cross. She lives in Maryland with her husband, daughter and a sun-seeking supermutt named Dipper.

I partnered with Cruz and her team to be apart of her book tour in launching this novel. Overall, I have to say if you love books with magic and unique worldbuilding, this series is for you. Cruz continued Inez’s story in book two which was awesome. My favorite part was how strong Inez is portrayed, and how smooth the novel flowed. Below is an exclusive excerpt from the novel.

Over the years when he’d checked on it to reassure himself it was still in his possession he’d noticed its shine had dimmed, which he took as a warning. In his heart he knew the dress was still just as powerful, but he sensed time was running out on the magic.

With eyes still shut, he made his way over to the far corner, irritated to have to avoid the old furniture and other boxes. He was drawn along by a sensation—a light but persistent tug. Then, when it ceased, he opened his eyes. The box he’d looked for was there, in front of him. Without he reached for the latch, tarnished and ornate.

It responded to his touch. His frosty glare warmed. As he opened the lid he felt the lingering presence of that “first girl” and his grandmother. And he sensed they approved his course. Ironically, the stage for what would happen next had been set, just as it had been all those years ago. Rex lifted the gown in his strong hands.

He allowed himself a smile. He’d completed his task.

The time has come. In his mind, his grandmother’s voice encouraged him.

To learn about this author you can find her on Twitter @ILCruzWrites or her blog, Fairytale Feminista at https://fairytalefeminista.wordpress.com and her website www.booksbyilcruz.com You can also CLICK HERE to purchase her novel! Have you read this series yet? If you want to be the next featured indie author Contact me today!

Trial of Identity By Elsie Swain