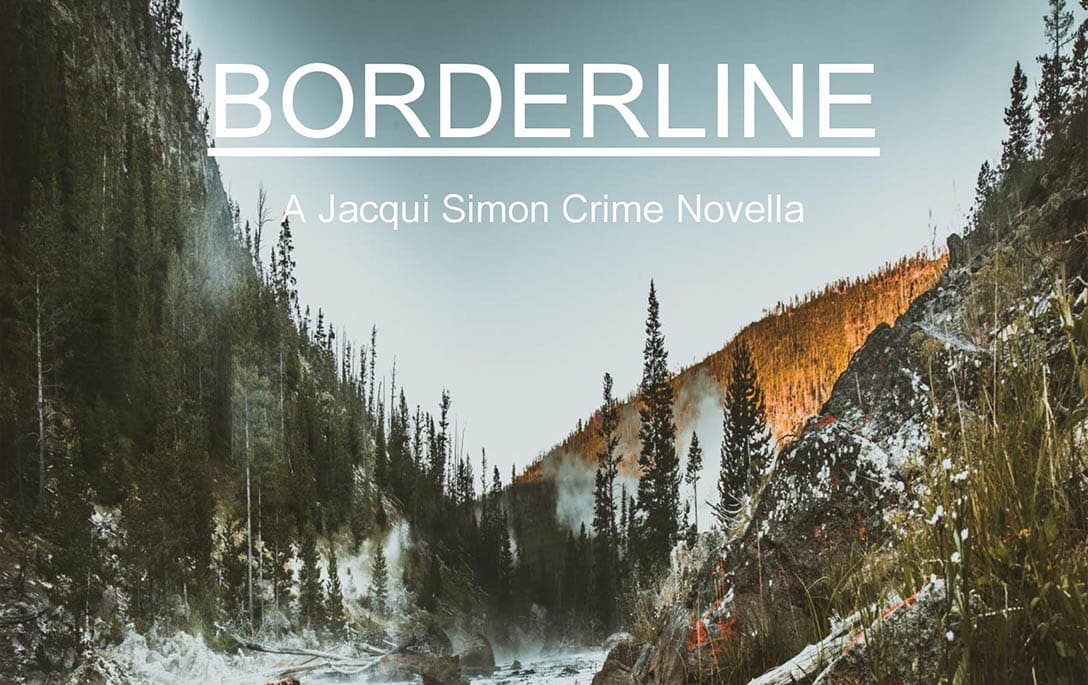 Borderline by D.M. Borne is an adult fiction crime novella. When the body of a New York senator’s daughter is found floating atop a pond in rural Blackwater, Quebec, Canada, the Quebec Provincial Police, also known as the Surete du Quebec, is out of their depth. There are no leads, no suspects, and very little physical evidence due to being washed into the pond water. To make matters worse, the New York senator is demanding the FBI be allowed to take over the investigation, a concession that Quebec is not willing to make. Instead, they assign the case to Inspector Jacqui Simon, who has just returned from vacation. (Literally, her partner picks her up on the sidewalk in front of her apartment, luggage bags in tow.)

Jacqui is a dual citizen. Her mother is from Louisiana, and her father is from Quebec, so she knows and understands the sentiments of citizens from both countries. Not to mention, she fluently speaks the languages of both countries, French and English. Jacqui is a very methodical and intelligent inspector with a very easy demeanor. She believes the most important facts are the ones that people hold within themselves, which is why she uses polite conversation as a method to disarm witnesses and suspects. She also relies heavily upon the technical abilities of her Sergeant Michel Babin, and there is definitely more to their history than work.

With her faithful partner Sergeant Michel Babin, Jacqui takes the case and begins the journey to Blackwater. As Jacqui’s investigation begins, we not only learn more about the murder but also more about the reason for her recent vacation. More than just, this murder is the result of a cover-up. Throughout the investigation, Jacqui comes across her fair share of roadblocks, including the senator. Why would a parent willingly and intentionally delay the investigation of their child’s death? The behavior is certainly suspicious, and when the facts begin to point to the unthinkable, a parent murdering their child, the suspect turns deadly.

Author D. M. Borne is a Louisiana native who was raised in the town of Vacherie, LA. After graduating from high school, D. M. found education to be a great motive for travel and earned degrees in Oklahoma and Maryland. D. M. then returned to Louisiana to pursue a writing career.

You can download your copy of Borderline HERE and follow D.M. Borne on Instagram! Have you read this novel? Comment below if you have and tell me your thoughts! Also, if you want to be the next featured indie author Contact me today!