The Return by Nicholas Sparks Review 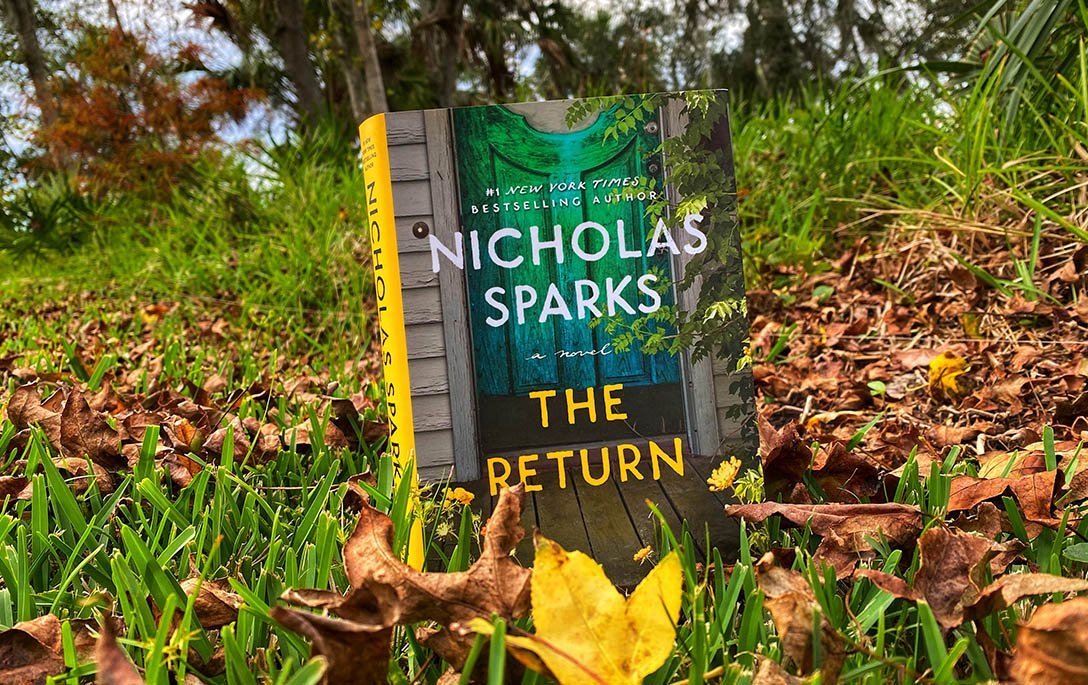 The Return by Nicholas Sparks Review is here. Trevor Benson is the main character of this novel. He is a doctor, a surgeon, and a veteran moving back to New Bern, North Carolina. Trevor was injured in the line of duty and was unable to become a surgeon again. He has decided to go back to John Hopkins, though, and pursue becoming a psychologist. Trevor has PTSD due to what happened in Afghanistan. He has weekly chat sessions online with Dr. Bowen, who has helped him through the worst of it.

But life throws Trevor curveball after curveball, especially after his grandfather died leaving his home in Trevor’s name. The house was built by his grandfather and was very rundown before Trevor came. But one thing that stayed amazingly put together was the area used to tend to the beehives on the property. They were his grandfather’s pride and joy.

Trevor can’t decide whether to keep the property or sell it. Money isn’t an issue as his parents were very wealthy, but Trevor doesn’t really have anything except the property in New Bern. However, that changes the second his eyes fall on sheriff Natalie Masterson. She is beautiful to Trevor, and in every way, it becomes love at first sight. But Natalie is holding back. She isn’t willing to share a secret that shifts a wall of distance between them, even though she has been vocal about her feelings.

What is she hiding? Meanwhile, a local girl living in the trailer park near Trevor, Callie, knows more about his grandfather than she says. Trevor is determined to get her to open up, especially after he sets his mind to uncover his grandfather’s dying wish to him. Can he get Callie to open up?

The Return is a story that will leave you in a true state of romantic bliss only Nicholas Sparks can inflict with his writing.

I have to say I did enjoy reading about Trevor Benson. I liked that he was a vet, and I enjoyed the story of bees brought into the plot. I also enjoyed reading about the area of New Bern and the love story with Natalie. However, while I was reading, I wished there a few more Trevor and Natalie scenes. Yet, by the end, I thought that the story was perfect lined with just enough mystery, romance, and life scenes.

The fact Nicholas Sparks added a mystery in his novel was a pleasant twist in the plotline. The only thing I would have liked different was that it seemed to take place in a short amount of time and everything seemed to happen fast instead of feeling like it had a chance to develop. With that said, I think that Trevor’s character was like his grandfather in he fell in love at first sight. A rare thing that can and does occur. So, in the end, I think it fits.

I recommend reading this book as it is different from the other Sparks novels!

Have you read this book? What did you think? Want to get your book feature? Contact me! Also, don’t forget to check out my feature on Feedspot’s Top 100 YA Book Blogs!

Title: The Return
Author: Nicholas Sparks
Pages: 368
Where to Purchase: Amazon, Barnes and Noble, Target, Books A Million
I rate it: 4.5/5

Poison in the Pills by August Raine