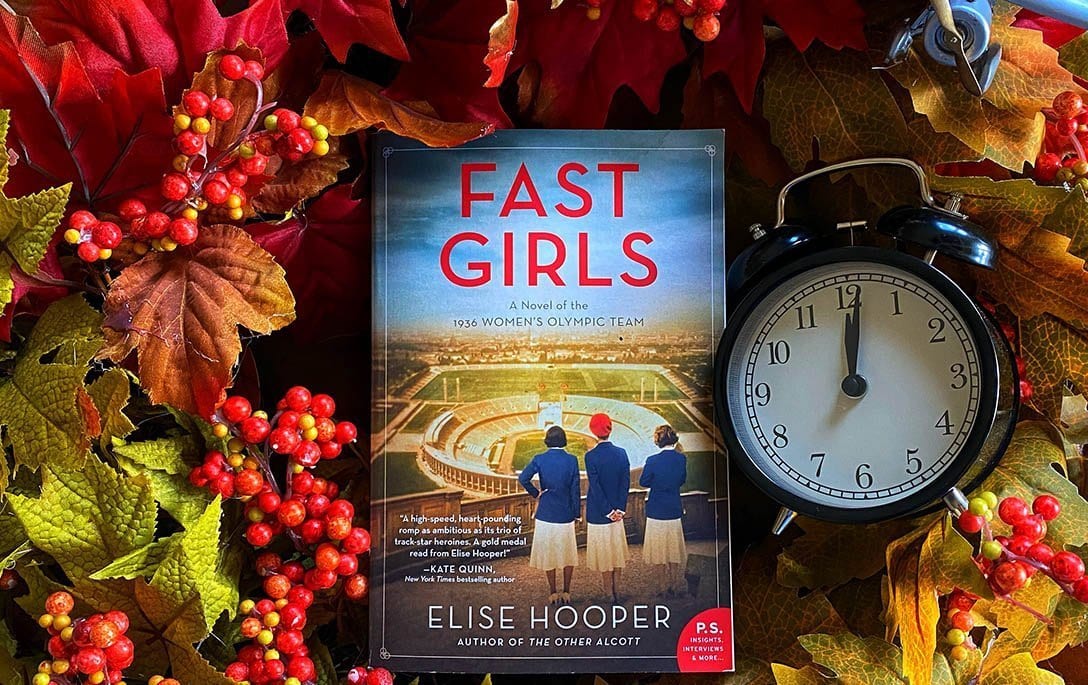 Fast Girls by Elise Hooper Review is here. This novel is a historical fiction novel centering around three young women who turn into Olympians. It is based on actual events and takes us into what those women had to overcome during pre-war America.

Betty Robinson is the first character we meet. She is headed to her first Olympics in Amsterdam, where she unexpectedly takes home a gold medal. Betty soon becomes the young woman other runners strive to be and a celebrity among young women wanting to enter the Olympics. However, an unexpected accident derails Betty’s chance of going to the Olympics a second time in Los Angeles. Betty, though, will not give up. She is determined to prove herself and be at the Nazi-sponsored Olympics in Berlin. Can she overcome all odds and earn a medal?

Louise Stokes is the second protagonist in Fast Girls. She is one of the very few black women who decide to enter track and run as a career. But coming from where Louise does, running is not a profession. She must either be a housekeeper, nanny, maid, or, at best, a nurse after she finishes school. But Louise has a mind of her own. She is tired of being discriminated against and wants more out of life than what her parents have had. Louise gets a job and puts all her effort into running. Is it enough? Will Louise be able to overcome the discrimination to compete in the Olympics?

Helen Stephens is the third protagonist. She is young when the book starts and part of an impoverished farming family. Helen doesn’t view herself as pretty but certainly loves to run around with the boys. Helen faces many trials growing up and must overcome a lot. It’s a chance encounter with a coach after seeing just how tall Helen is that gets her into running. She quickly breaks record after record, hardly breaking a sweat while doing so, making her an instant celebrity. With her awkwardness forgotten, can Helen forget everything and run when it counts?

This was my first book by Elise Hooper and won’t be my last. Fast Girls was a refreshing read for the historical genre. While I didn’t think Berlin was focused on too much, the journey of what these three girls had to overcome to get where they ended up being was inspiring. I enjoyed how it was based on actual people because it added to the story. My favorite character was Betty. What she overcome in the novel and real life was something I wouldn’t be able to do. She was a fighter, and Elise Hooper really capture that essence about Betty.

This group of ‘trailblazing female athletes of the 1936 Olympics’ was brought to life by Elise Hooper in a way that has been done before. Fast Girls is a fast read with intrigue and fortitude along with the gripping message of never giving up when all odds are lost.

Have you read this book? What did you think? Want to get your book feature? Contact me! Also, don’t forget to check out my feature on Feedspot’s Top 100 YA Book Blogs!

The Madwoman of Preacher's Cove by Joy Ross Davis