Cooper B. and the Scavenger Hunt by Michael Shane Leighton 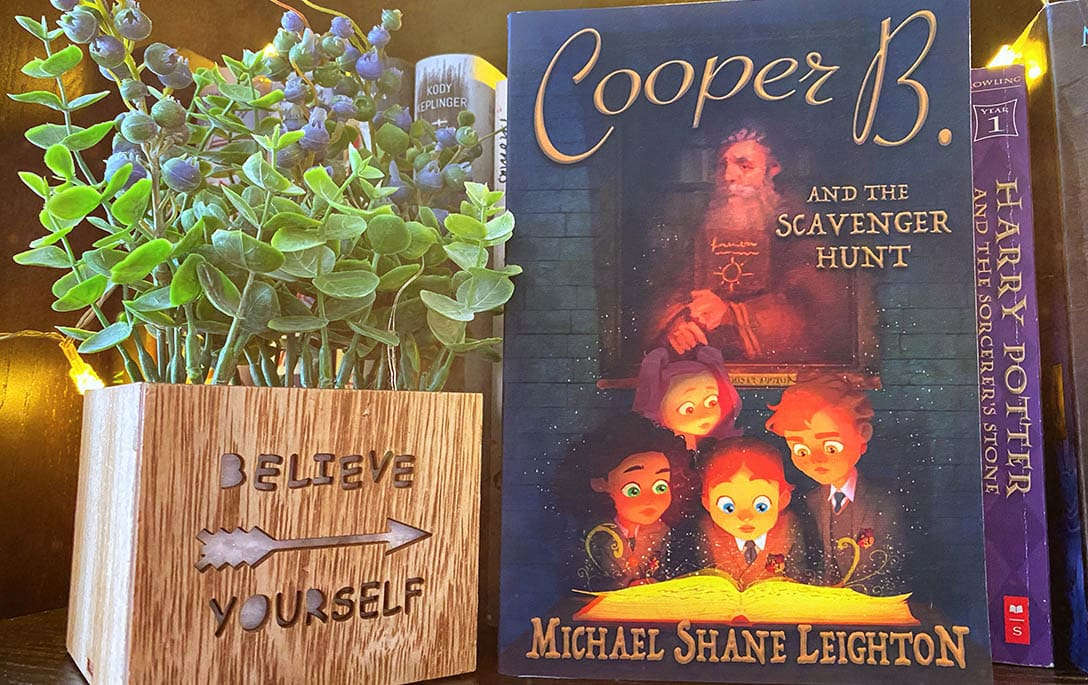 Cooper B. and the Scavenger Hunt by Michael Shane Leighton comes out September 20th, 2020!

An eleven-year-old orphan never realized just how special he was until he traveled to a distant world and discovered he possessed an extraordinary ability known as the Guild.

Cooper B. spent his entire childhood moving from one orphanage to another until his peculiar caseworker Ms. Pedigree dropped him off at St. Mary’s Academy for the Exceptional Youth. There, he met his two best friends, and together they embarked on grand adventures to help them escape from their reality of being the forgotten ones.

Everything had seemed perfectly normal — until they meet a quirky, pink-haired girl from another world.

That chance meeting would take them on a new adventure, unlike anything they could have ever imagined, and together they would journey to a faraway land in search of Cooper B’s true identity. But what they learn will change their lives forever, and Cooper B. will find himself in grave danger — because the truth was never to be known.

Cooper B. and the Scavenger Hunt was such a fun, fast read. Once I started it, I couldn’t put it down until the very last chapter. The worldbuilding in Cooper B. was fantastic. Author Leighton thought of every detail, along with incorporating great adventures for the characters. What I found the most incredible thing of all is that even though this book is classified as middle-grade fiction, any reader can read it and enjoy it. The reason being the imagination and vividness of the plotline that author Leighton created was universal.

Also, I enjoyed the photos at the beginning of each chapter. It really added to the overall book. I recommend getting a copy of this novel when it comes out on September 20th!

Author Michael Shane Leighton is the proud author of the Cooper B. book series. Cooper B. & The Scavenger Hunt is book one in a six-book series and his debut novel for young readers. Michael was raised in Southern California but has made North Central Illinois home with his beautiful wife Kerry Lynn, and their five very energetic children. Michael’s passions are reading, laughing, helping others, but most importantly, spending quality time with his family. Michael has not only authored this series but has become a fan of the characters that breathe life onto the pages. “They remind me so much of my own children.” He has sincerely enjoyed the writing experience of this truly imaginative series and is looking forward to more adventures with Cooper B. and the rest of the whimsical cast in the very near future.

Note: Author sent me a copy of his novel.

Evening in the Yellow Wood by Laura Kemp

Spooky Action at a Distance by Felicia Watson

Kansnubra Island and the lost portal by Andrews Ulisses

Cooking For Her Eyes by Susan Uehara Rakstang

Don't Look For Me by Wendy Walker