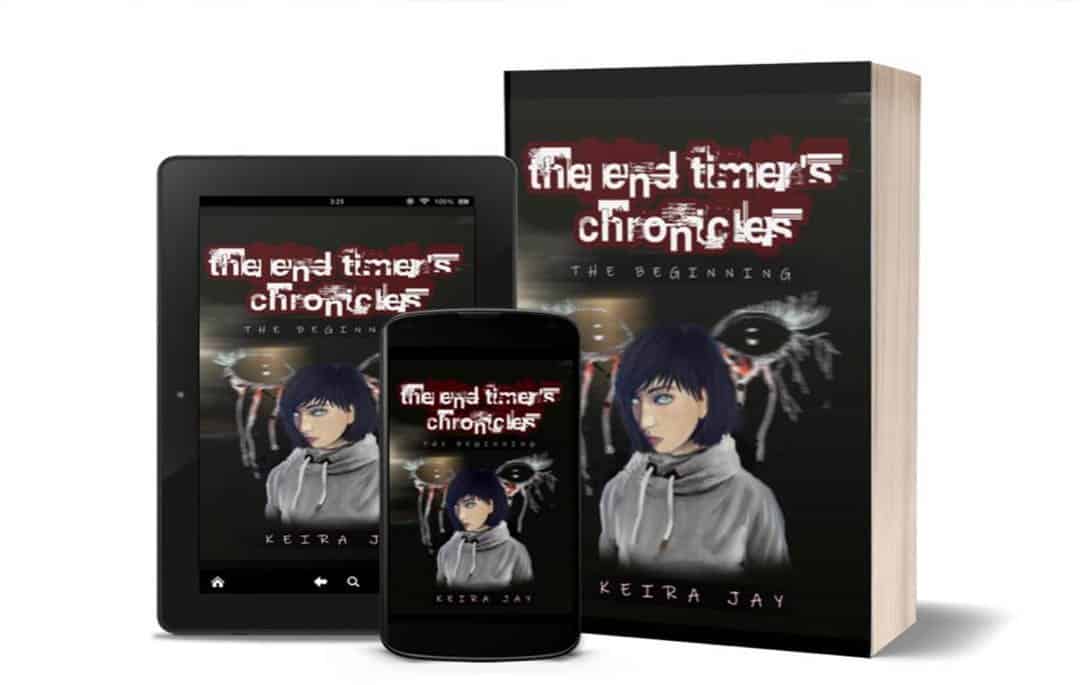 The End Timers Chronicles by Keira Jay is out now.

“SHE IS OURS! LEAVE HER ALONE OR ELSE…” Elijah looked closely and gasped. It was written in blood.

Kayla is a young girl who gets herself involved with dark forces beyond her capacity. And now a sinister force claims her body as its own, and it has no intention of ever letting her go. It has an agenda, to create an army of evil and destruction like the world has never seen before. Hitomi has a special gift. She can see into the supernatural realm. It is with this gift she is connected to the girl with the darkness inside of her. Now she and her newfound friends’ race against time to save Kayla, before it’s too late. They have no idea what they are up against, but this is only the beginning…

Keira Jay has been ghostwriting for years and works as a freelance writer. She has been passionate about writing since childhood and had worked as a poet for Bittersweet Poetry. Some of her works include ghostwriting for different media houses. This is her first novel in an eight-book series. She is a massive bookworm with a particular interest in the fantasy genre.