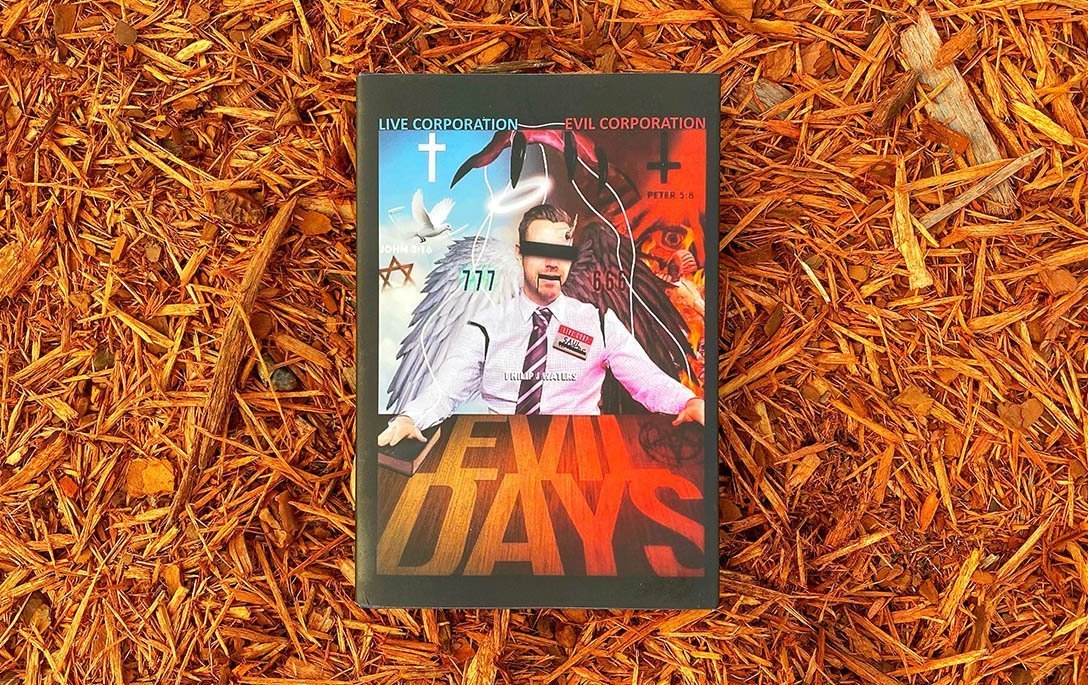 Evil Days by Philip J. Waters centers around Saul. A devout Christian man, is a college graduate with a master’s degree in software development. Since graduation, it has been difficult for Saul to find employment. He has recently married his high school sweetheart, Anna, and the wedding costs and looming debt from school loans are taking its toll on him becoming desperate.

Saul confides to his best friend, Morgan, about his financial situation and need to find a job. Morgan offers to help him get a job at L.I.V.E. Corporation, where he has worked for the past year. Morgan proceeds to invite the C.E.O., Seth, and his assistant, Lilith, to the festivities. It is there, at his wedding reception, that Saul’s path is changed forever.

With Morgan’s recommendation, Saul is offered a job at L.I.V.E. Corporation. Almost immediately, his faith in God is tested. Unbeknownst to Saul, the C.E.O. and his assistant Lilith are actually part of the occult. The corporation is actually a diabolical enterprise and has chosen Saul as their next sacrifice.

The only way for Saul to escape his imminent death is to join their evil empire and complete their ungodly software program, Abbadon. This cryptic software program promises unsuspecting users’ wealth and fortune through motivational messages, but it comes with a costly price – their souls. Seth and Lilith are relentless in their mission to force Saul to finish Abbadon and join the occult. Will evil triumph over good?

Author Philip J. Waters was born in New Castle, Pennsylvania.  From a very early age, he had a vivid imagination; he loved to watch cartoons and study the characters. This fascination continued into his teenage years with a variety of different television shows and continued through adulthood with a myriad of different movie genres.  His world was coming alive with the exposure to such a multitude of stories.

As time passed, life changed for Philip, as it does with all of us.  He experienced the harsh reality of failed relationships and deep sadness that came with the loss of his father. A life that once felt whole was now in pieces.

He was existing in this world, not living a life in it. But soon, Philip realized that this heartbreak was a season that he must weather, and with the help of his faith, he was drawn to follow his passion once more.  He began writing his first screenplay, EVIL DAYS, and for the first time, was finally at peace with what he was being called to do. One autumn morning, he was attending church and heard a sermon from his brother, Pastor Alonzo Waters. This message would change the course of his life forever.

The instruction from the Holy Spirit, Philip, was being called to turn his screenplay into a book to be published. With this new understanding, author Philip J. Waters is proud to announce his first of many books to be released beginning with his debut suspense fiction novel, EVIL DAYS.

I wanted to say thank-you to the author for sending me a copy to review. Have you read this novel? Want to get your book feature? Contact me! Also, don’t forget to check out my feature on Feedspot’s Top 100 YA Book Blogs!

So This Is Love by Elizabeth Lim Review