Trial of Identity By Elsie Swain 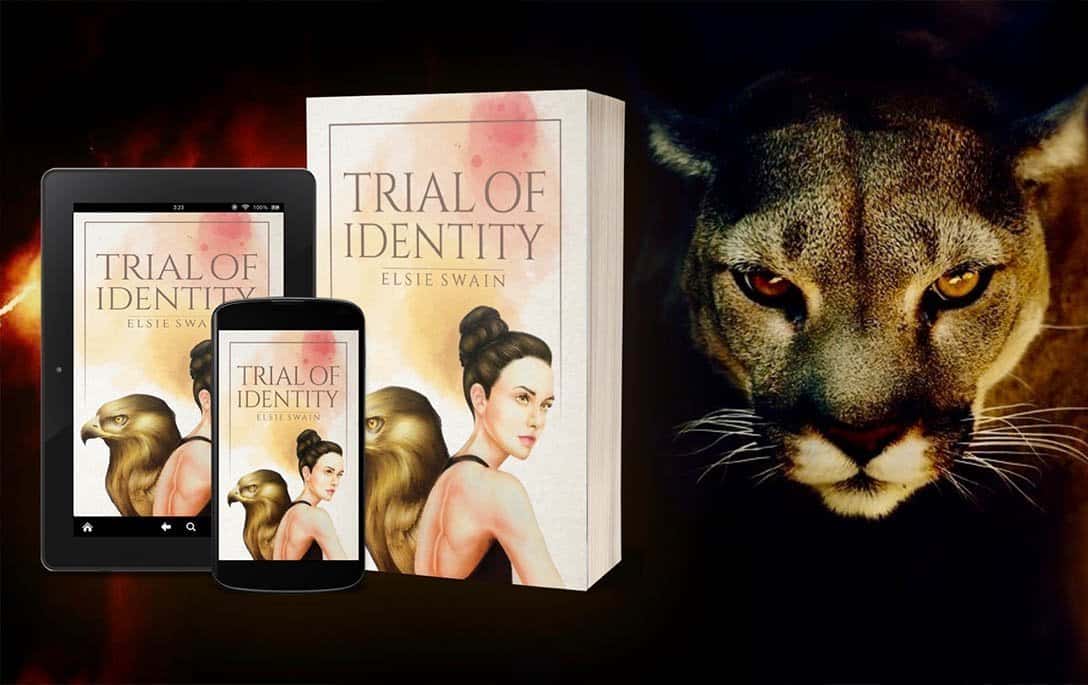 Trial of Identity by Elsie Swain is out now.

2154: It had been over a century since the world of Homo-Sapiens had been re-written, and it all began when the illegal scientific organization who called themselves as -The Cult- broke all rules to experiment on humans and create genetically-enhanced ANTHROMORPHS. Anthromorpics are genetically enhanced humans who harnessed the traits of the gene of the mammal combined with their human genes.

Advancement in Science had an inverse proportionate relationship with humanity; the barriers were broken in the field of Science only created more barriers around the term ‘HUMANITY.’ The Cult intended to convert all humans to Anthromorphs and, in turn, wipe out the human race as they believed that the humans were inferior who were meant to cleanse from the face of the planet to witness Evolution.

Naive and isolated, Kate Parker believed that the solution to dealing with all the problems that she could handle lay by just ignoring them. Growing up as the only child of two A-list Hollywood stars, limelight had always been like standing on the threshold of a glorified prison cell. She found solace in her self-made solitary bubble to cope up with her mother’s death, for she couldn’t risk suffering the pain of losing someone ever again.

But life starts putting her identity in Trial, and things go into a whirlwind.

No secret remains hidden forever. As Kate begins her college years along with her childhood friends, the Allyson twins in Vampextiats University, her introduction to Bianthromorph, James Taylor drives her on edge in a never-ending timeline. No matter which century we lived, there always was a presence of differentiation and discrimination thriving in our society. Even among Anthromorphs, bianthromorphs were always shunned due to their fate of losing their human mind as their dual animalistic genes overpowered the human part.

Every moment she watched James being shunned for his mere existence, she couldn’t help but panic, especially when he barged through her solitary bubble without getting attacked by her animalistic genes. Was it because she cared for him? She could no longer keep her usual clueless demeanor when he starts prying on things that unravel her buried secrets unearthly giving her an unknown sense of belonging. Things were bound to change when they began using their minds to their maximum potentials to redefine the course of Homo Sapien Anatomy. Was it because she was scared, he knew something about that he shouldn’t have?

Most Of All, how she was going to handle it when The Cult starts targeting her secret as their key to achieve their Goal? How was she going to discover herself in a world which was failing to distinguish between right and wrong? How was one supposed to find themselves in a world burning to erupt in chaos? What did the boy who was isolated by everyone have against the girl who isolated herself?     ﻿

Elsie Swain is the author of this fantastic book. Through her writing, Elsie wishes to break the norms of chasing the ideal society and bridge the gap between humanity and society. The world of books hasn’t been the only source of passion; her arts are a beautiful pictorial representation of her writings, bringing the best of both worlds together.

My favorite part of the novel was the worldbuilding author Elsie Swain created. The idea of creating the Anthromorphs was fantastic, and she wrote it in such a way that the unique concept reminded me of a Veronica Roth novel. As for her characters, Kate Parker was a fantastic lead. However, so was James Taylor. They both were strong, powerful, and confident, making me LOVE their relationship that much more. The more I read, the more connected I felt to the characters she created. Overall, I definitely recommend this novel. I was surprised by how unique the worldbuilding was and how easy it gripped me into continuing to read the story. Swain’s vision was so vibrant that it made this novel a fast-pace read. Now, it’s time to move on to Book 2: Reigns of Utopia!

The Legacy Series Book One by Brandyn Cross