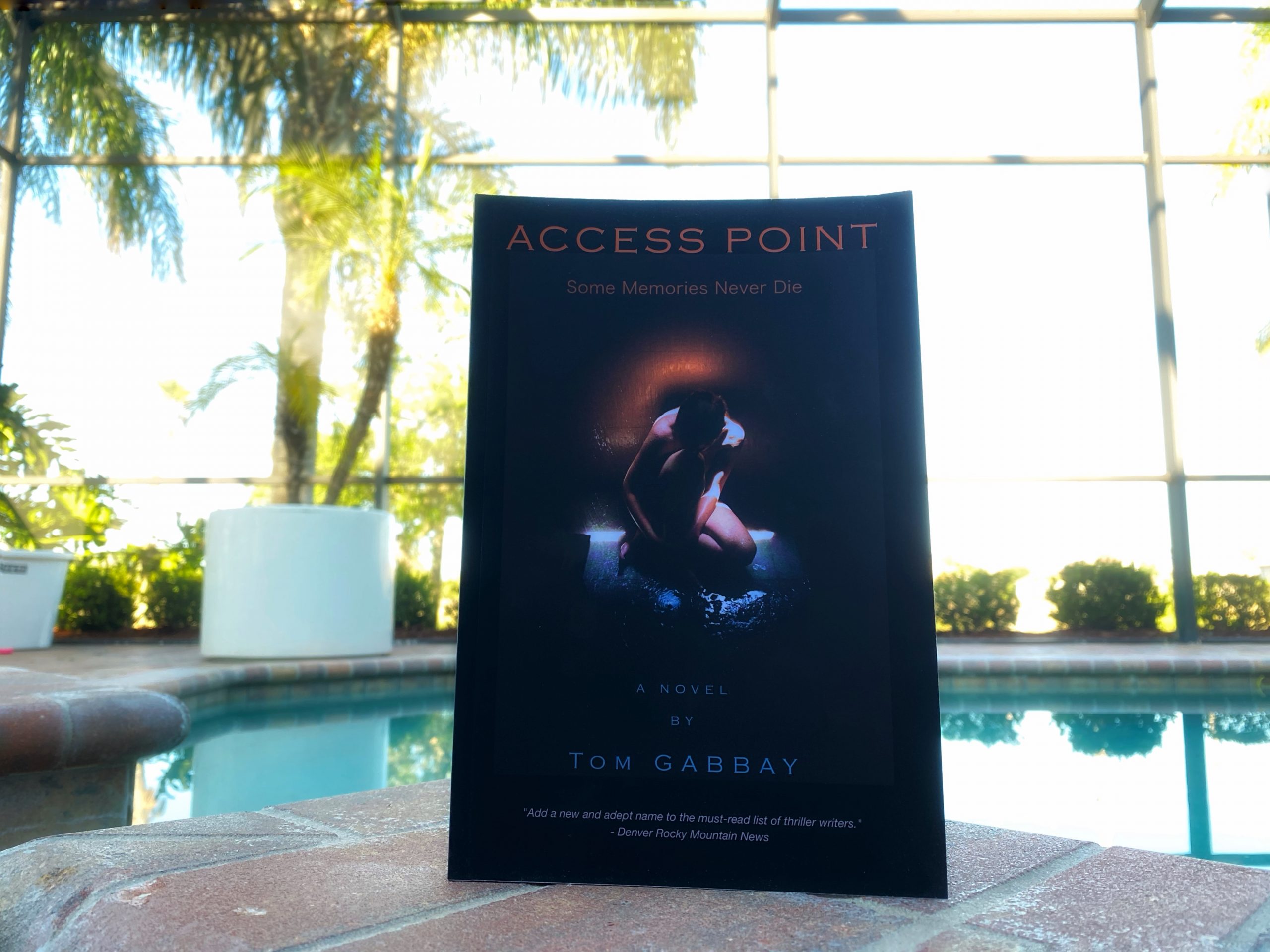 ACCESS POINT by Tom Gabbay is a psychological thriller and out now on Amazon!

GIVEN THE OPPORTUNITY, WOULDN’T WE ALL WANT A SECOND CHANCE AT LIFE?

ULA MISHKIN is a computer genius. The socially awkward thirty-eight-year-old lives alone in the big Victorian house on London’s Highbury Crescent. Her only interest the work that she and neurobiologist ERIK BERG do in the attic of the house. Her mission is to develop software that will allow her to restore the memory she lost due to a head injury when she was hit by a bus.

Although Ula lives her reclusive life by choice, her lack of income forces her to rent a room to MIA FRASER, a pretty young American who is a second-year art student at Central-St. Martins. Mia is everything that Ula is not — spirited, trendy, and sociable. She brings the musty old house to life, and the shy scientist ultimately finds that she enjoys having the young girl around. In fact, she becomes quite attached to her.

When Mia is violently murdered steps away from the house, Ula is devastated. Angry and frustrated that DETECTIVE SARAH BOYD is unable to make progress on the case using traditional methods, Ula adapts her software so that she can tap into her dead roommate’s memories and find the killer herself.

Entering the dead girl’s life through the echo of her memory, Ula learns that sometimes the past is best left undisturbed.

Overall, I thought this novel was extremely intriguing right until the very end. The characters were gripping, and the plot pulled me into the point I couldn’t turn the pages fast enough. As the story progresses, we see more layers of Ula I was not expecting.

I enjoyed the character of Mia, too, and when her fate ends. I was devastated! However, I will say I was more floored by WHO murdered her! I guarantee you will be too when you read this book! In my opinion, author Tom Gabbay did a great job of creating an original plot with well-rounded characters. His descriptions in the book were done perfectly. It was just enough to keep the story progressing and wanting me to read more.

Author Tom Gabbay was born in 1953 in Bloomington, Indiana. After studying painting in London and Philadelphia, he began his career in New York, producing award-winning animated short films for the well-known children’s program Sesame Street. During his tenure at NBC Entertainment, Gabbay served as a Director of Children’s Programs, Director of Comedy Programs, and Creative Director for NBC Europe. In addition to his novels, he has written several screenplays and contributed political cartoons to the Philadelphia Daily News.

You can get a copy of Access Point on Amazon!

1969: A Brief And Beautiful Trip Back by Sea Gudinski

Reigns of Utopia by Elsie Swain