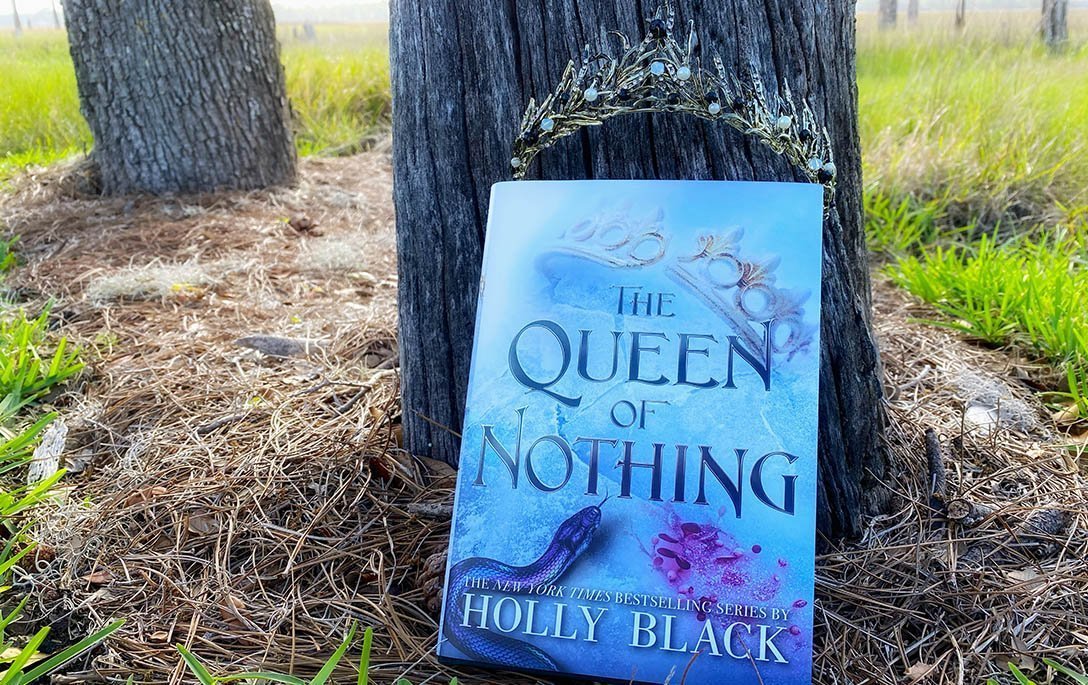 The Queen of Nothing by Holly Black review is here for all my YA fantasy readers.

This book picks up with Jude Duarte, High Queen of Elfhame, in the mortal world where she has been exiled after being tricked once she married Cadan. She struggles with her exiled life, living in an apartment with her older sister Vivi and her younger brother Oak. What makes it worse is Jude still loves Cadan, making her hate herself for letting him make a fool out of her. Jude focuses her energy by doing work for and protecting her brother Oak.

The story takes off after her twin sister Taryn returns from the faerie world. She reveals she murdered her husband, Locke, and has to confess in front of the court. The problem is she cannot lie, but Jude can. A task Jude decides to undertake after Taryn reveals a hidden secret to her. Jude ventures back to Elfhame as Taryn and comes face to face with Cadan. She realizes Elfhame is facing more threats than she ever thought possible. Her father, Madoc, is after the throne, but what no one knows except Vivi is the throne also belongs to Jude since she is married to Cadan.

Using her ability to conceal herself as Taryn, Jude goes behind enemy lines by pretending to be her sister.  She imitates her sister by never interjecting with conversations like she usually would gathering intel about what Madoc is planning. A task that turns deadly and forces Jude to fight.

The race to save Elkhame is far from easy, especially when magic gets involved and invokes a change in Cadan no one saw coming. It’s a story full of magic, mystery, romance, and more than anything, dedication. Jude really comes into her own in never wanting to give up. She is determined to be a Queen and show her worth for such a title.

Holly Black did a great job in this epic conclusion to her series. She showcased the different aspects of Faerie while staying true to the characters. The story is vivid, and Black did a great job bringing us back into her fantasy world. I will say the twists and turns in the novel along with the adventure is what drove me to finish this book. That aspect of the story delivered and is something unique no other fantasy novels have. For a conclusion in the series, it wrapped up nicely all the events of the previous novels.

However, this novel fell a little flat for me. It didn’t make me a Jude or Cadan fan. I like romance in stories and the secret cheer you have for them to be together. That kind of pull I didn’t get from these love interest characters. I really kept hoping the next chapter would make me want to pull for these characters to have their happily ever after, but I never could. The character of Cadan never became a hero for me, while Jude was strong. She wasn’t memorable. So as far as characters, this novel wasn’t my favorite. Have you read this novel? What did you think? Comment and let me know!

Title: The Queen of Nothing
Author: Holly Black
Pages: 305
Where to Purchase: Amazon, Barnes and Noble, Target, Books A Million
I rate it: 3/5