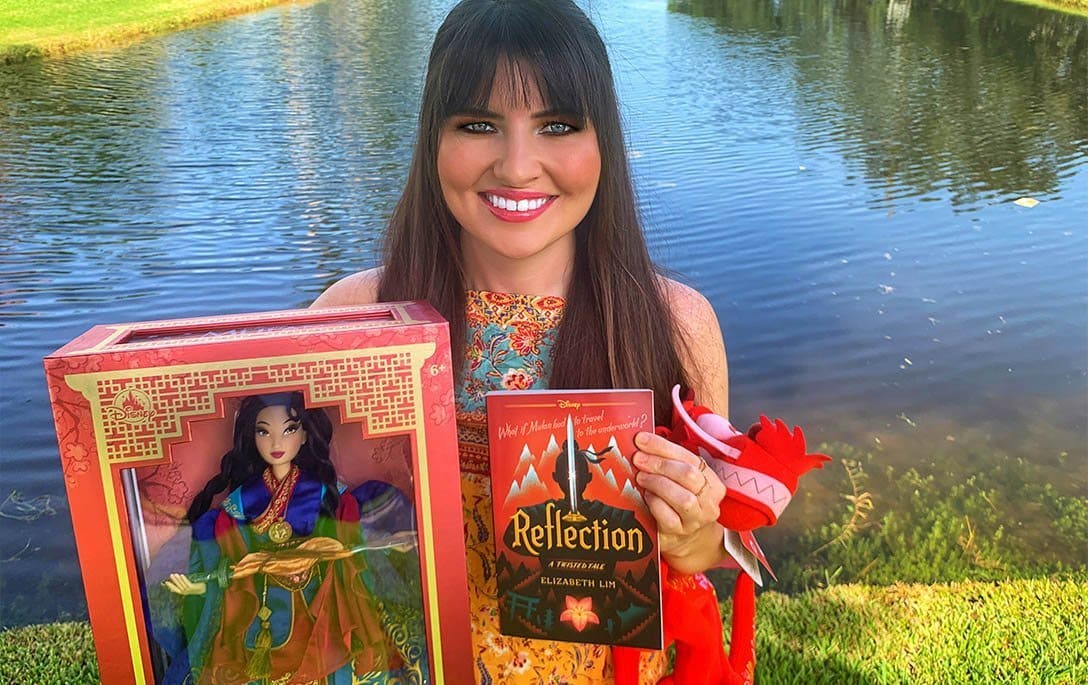 This book is another Disney Twisted tale is a retelling of Mulan. It twists the original Mulan story by taking us a journey of What if Mulan had to travel to the Underworld?

Fa Mulan is under disguise in China’s army. She is known as Ping, and everyone thinks she is a boy fighting in the regime. No one knows who she is except for Mulan (and her guardian and cricket) that she has disguised herself to save her old, sickly father from having to fight.

In a deadly battle against the Huns, Mulan/Ping saves her comrades, but in the process, her Captain, Li Shang, takes a fatal hit that should’ve struck Mulan/Ping. The guilt of watching Li Shang suffer is more than she can bear. It is why she decides to venture down to the Underworld, known as Diyu, to try to save him.

With the help of ShiShi, the lion guardian of the Li family, Mulan faces the ruler of the Underworld, King Yama. To save Li Shang, Mulan must survive the depths of the Underworld, battling demons and ghosts out to take her life. But first, she must convince Li Shang she is really who she says he is and allow him to decide to fight to live on his won.

Time works differently in Diyu, but if Mulan/Ping fails, she will be trapped as King Yama’s servant for eternity. Throughout this deadly journey, Mulan must come to terms with who she is and what she wants. Mulan must decide if she is brave enough to reveal her secret to those around her and come to terms with who she is once and for all. One thing is for sure; Mulan doesn’t have time to question things. If she waits too long, Mulan, ShiShi, and Shang won’t survive.

Overall, I really enjoyed this Disney Twisted tale. At first, I was hesitant as the entire book takes place in one night. However, the journey they take is very original and very action-packed. It made reading this book a fun read. I love the character of Mulan and how she fights to become who we all know in the original Mulan. In the Disney twisted tale, I felt like we get to see more of Mulan fighting and becoming who she went to be.

I liked her and Li Shang’s dynamic, too, in this novel. It wasn’t a romantic Disney twisted tale, but the hints of it were perfect. Mulan and Shang’s dynamic felt more balanced, and the way Shang let Mulan fight on her own I really liked seeing.

I will say, at times, the descriptions felt a little long. But again, the action and the original scenes of their traveling journey made up for it. I definitely recommend adding Reflection to your TBR pile.

Have you read this novel? What did you think? Want to get your book feature? Contact me! Also, don’t forget to check out my feature on Feedspot’s Top 100 YA Book Blogs!

Title: Reflection
Author: Elizabeth Lim
Pages: 408
Where to Purchase: Amazon, Barnes and Noble, Target, Books A Million
I rate it: 5/5

All the Stars and Teeth by Adalyn Grace Review