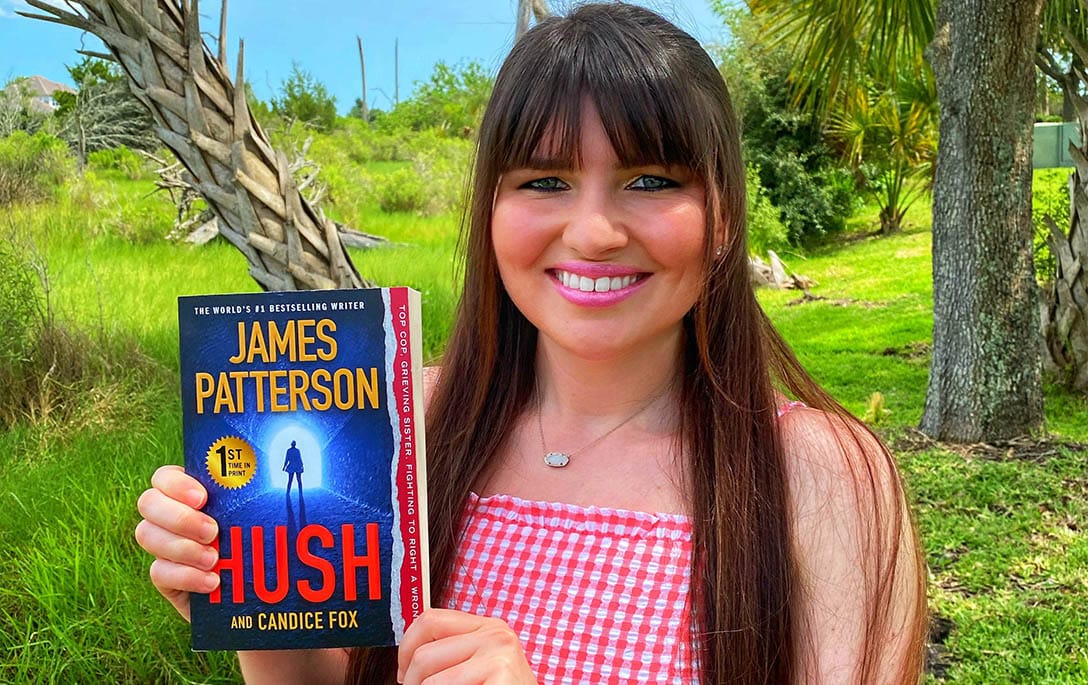 Hush by James Patterson and Candice Fox Review is here. Harriet Blue is back. She is currently in Johnsonborough Correctional Complex after being held at Stillwater Remand Centre. Harriet gets by within her confines by always being prepared for a fight. What she isn’t ready for is the return of Deputy Police Commissioner Joe Woods. He put Blue in lockup, but now he wants her out to find his daughter Tonya and his two-year-old granddaughter, Rebel. Woods says she will work with Whitt and Tox again, but Harriet vowed never to work for Woods again. She won’t be pressured into a deal with the devil.

But all three change their minds, and they reunite to figure out if Tonya ran away, got kidnapped, or was killed? Either way, it’s a race against time as every day because each passing minute without a word from Tonya means Harriet is another step closer to being thrown back in jail.

With Tonya’s past of drug use and prostitution, it is anyone’s guess where she could be. But what Woods wants is the rules broken for his daughter and granddaughter to be found—an ironic statement coming from him. We learn that while Blues been in prison, Tox has been in the bars, spending his time at his usual clubs trying to escape his past. Whitt, however, has broken his addiction by working out nonstop.

Will the team be like they used to be? Will Pops be able to bring Harriet back into the world outside of prison? Harriet won’t leave her past from the prison in the past after she finds out Doctor Goldman was murdered. Not only does Harriet and her team have to find Tonya and Rebel. Now, they must figure out who in prison killed the beloved doctor.

The team isn’t slowing down anytime soon. They are running at trouble. Tox gets wrapped up in his past but struggles to see his future. Finally, will Whitt and Harriet act on their harbored feelings for each other? Better yet, will they be able to solve the crimes, or will bodies pile up without any explanation?

Hush is another riveting story in the Harriet Blue series. It was amazing. The twists and turns, along with the mystery in the novel, was excellent. I couldn’t put this book down. I read it in ONE day! Yes, I read it that fast because the story was that gripping. I had to find out what happened. I love Harriet, and I love Whit. Whether they have a satisfying ending, I will say you have to read the book to find out.

As for Tox, he finally stops running and who he runs to I LOVED. Pops is an excellent addition to this character cast too. He grounds the team, but will he be able to help Harriet to put an end to this fight once and for all?

These answers you will have to find out when you pick up this novel. I will say you don’t want to miss your chance at reading this thriller. I was holding my breath and reading as fast as I can to learn everyone’s fate because no one is safe in this story!

Title: Hush
Author: James Patterson and Candice Fox
Pages: 363
Where to Purchase: Amazon, Barnes and Noble, Target, Books A Million
I rate it: 5/5

War of the Twin Swords by Julia Goldhirsh