That’s Not What Happened by Kody Keplinger Review 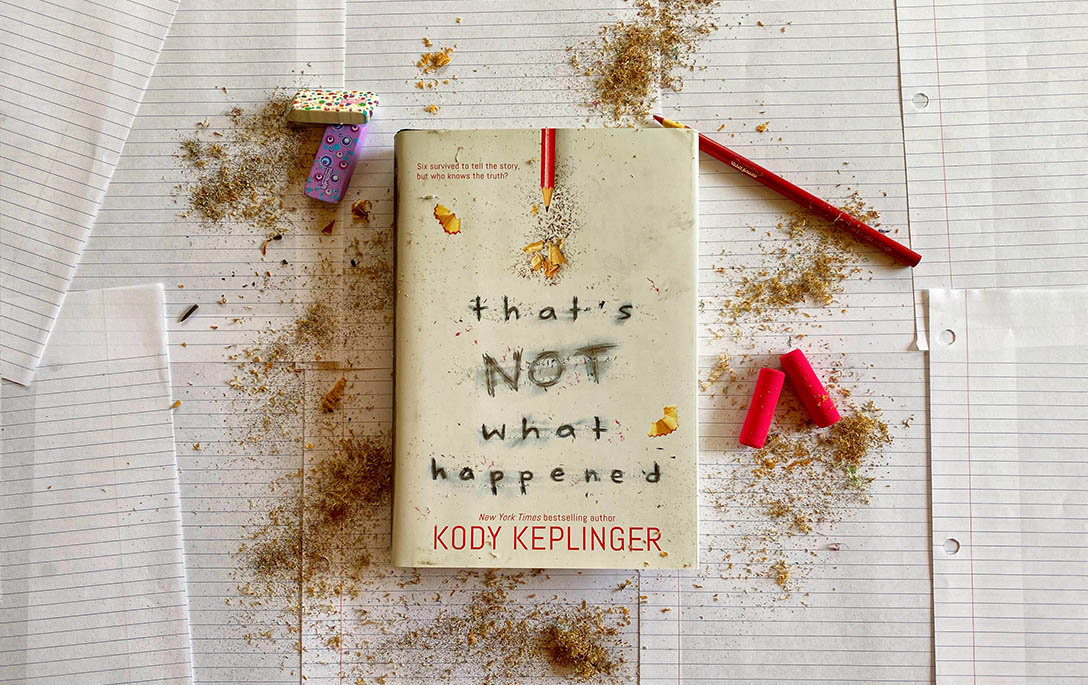 That’s Not What Happened by Kody Keplinger Review is here. This novel centers around Lee, who lost her best friend, Sarah McHale, in a school shooting. She was hiding in a stall in the bathroom with Sarah and witnessed her friend die in her arms. But the tragedy didn’t just affect Lee. It affected other survivors who witnessed death firsthand: Miles Mason, Ashley Chambers, Eden Martinez, Denny Lucas, and Kellie Gaynor.

The story picks up three years after the deaths of the students, but the survivors still feel like it happened just yesterday. Lee struggles throughout the novel to move on and live again without her best friend. She has never been able to speak the truth about what happened in the bathroom that fateful day. Everyone thinks Sarah died professing her faith, and the cross necklace found on the bathroom floor belongs to hers. Even her parents are planning to write a book about Sarah’s undying faith, but what if that’s not what happened?

Miles struggles to come to terms with what happened that day too. Everyone thought Miles would be someone who’d be behind a school shooting and not the guy who saved a fellow student, Ashley Chambers, from gunfire. Mile witnessed his beloved teacher, Coach Nolan, dying a few feet from him. But what if Miles wasn’t a hero? What if he didn’t lay over Ashley to protect her? What if that’s not what happened?

Next, we follow Eden Martinez, who was in the computer lab where everyone except Denny was murdered in the class. She was always ‘the cousin’ of Rosie, who died in the shooting. Years later, everyone knows Eden as the girl who has the guts to speak out about the shooting doing speeches around the country and attending anti-gun rallies. But what if Eden never chose that path and wasn’t as close to Rosie as everyone thinks? What if how everyone remembers Rosie and Eden’s actions are false? What is that’s not what happened?

Denny Lucas is next. He’s a blind student who was shot in the computer lab but survived. Denny lost his two best friends Rosie and Jared. He has to endure so much but thinks he lucked out because he never witnessed the horror in front of him. But what if Denny doesn’t want to be known as the disabled kid anymore. What if that’s not what happened?

Ashley Chambers was another survivor who was shot and paralyzed in the shooting. She was someone who wasn’t exactly friendly to her fellow peers. Ashley was against everyone who got in her way. She wasn’t even kind to Sarah right before she died. But Ashley learned to forgive herself and others for what made her resent everyone. But happens when she finds out everything she was told isn’t what happened? Can Ashley learn to forgive and move on? Or will she judge the others for their secrets?

Finally, there is Kellie Gaynor, who is also a survivor, but she is shunned. She spoke the truth on the shooting, which caused her to get threatened to the point she left town and is no longer known as Kellie Gaynor. She knows what happened out of everyone. But she wasn’t popular in school. She wore black and skipped class, making everyone put a label on her. Will she decide to set the record straight and tell the world THIS IS WHAT HAPPENED?

I have to say this book AMAZED ME! How Kody was able to compile such a moving piece of literature is astounding. She did such a fantastic job to the point I didn’t want to put it down. She brought a voice to each character, and while this is based on a true story, I think she did a phenomenal job. How she captured each character’s emotions and what they endured, I’d say this is a MUST READ!

Title: That’s Not What Happened
Author: Kody Keplinger
Pages: 325
Where to Purchase: Amazon, Barnes and Noble, Target, Books A Million
I rate it: 5/5

Girl in The Blue Coat by Monica Hesse Review