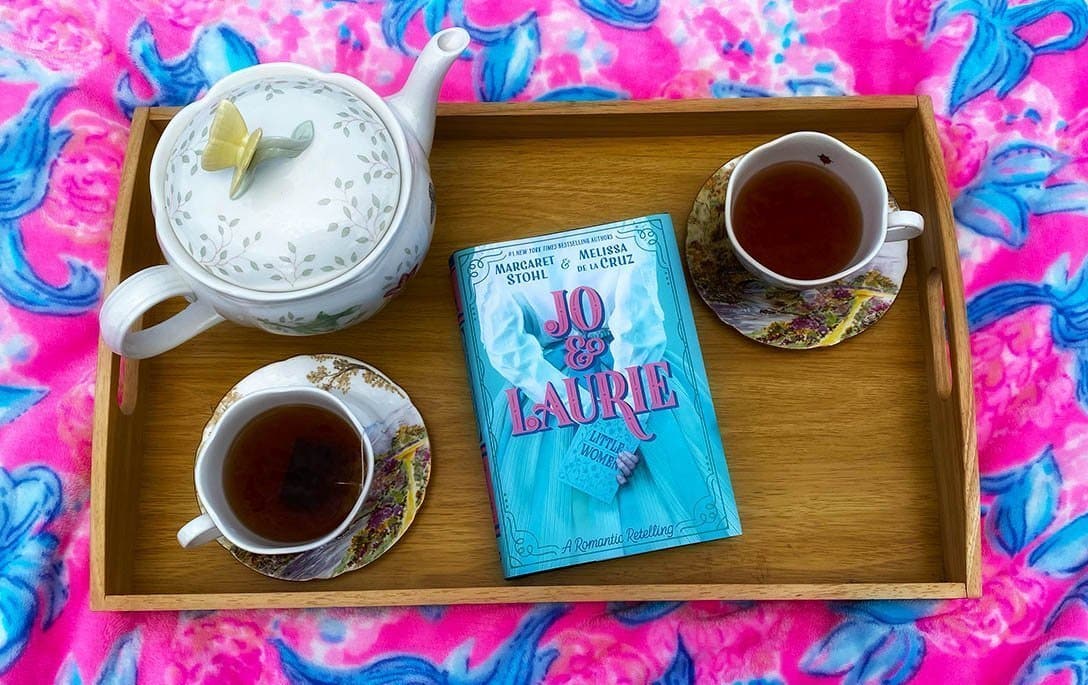 Jo has just gotten book 1 of Little Women published. Her editor, Mr. Niles, is thrilled with the story of the sisters and wants a second book called Good Wives that wraps up the sister’s stories. Jo hates the name of the book, but she needs the money to help support her family. Therefore, she hands over the last pages of the novel and accepts this book won’t sell. But at least she will have gotten paid. Little does Jo realize, the story is a hit. It sells out as soon as it gets printed. It’s exciting, as she also gets fan mail, but it also puts pressure on her finishing the next book.

The problem is Jo doesn’t know how the story will end for her and her sisters. In the book, Beth is alive. In reality, Beth died of scarlet fever. Amy is still young, and Jo can’t picture her future. While Meg is a governess, she has never spoken to John Brooke once.

Her stubbornness casts Jo on an adventure throughout the book. She observes Meg getting courted by someone she never thought, in reality, would end up wither her. But Meg also refuses to accept her happiness for the sake of marrying well to save her family. Will Meg act on her heart’s desire, or will she sacrifice it? The better question is when Jo refuses Laurie, will she realize what a big mistake she made? Or will it be too late when he becomes tied to someone else?

This story is a fast-paced retelling of the beloved characters in Little Women. I have to say when I saw it. I immediately grabbed a copy. I love the story of Jo and Laurie in the original book. However, I was disappointed Jo and Laurie never got together because I was a fan of them. It was one part of the story I despised because I loved them as a couple. In this story, I won’t say for sure what happens, but it gives the reader a more satisfying ending. Whether they end up together, that’s a question you’ll have to read the book to find out.

Not only is this cover amazing, but the writing is also pitch-perfect. The authors did a great job of harnessing the character of Jo and writing her in a new light without losing sight of who or what she is in the original story. I think it is a truly original take on a fantastic classic. It’s something I feel like needed to be written and is a great novel to add to your TBR list. It’s fun, romantic, and a great twist on a classic story. Get your copy today!

The Invincible Summer of Juniper Jones by Daven McQueen