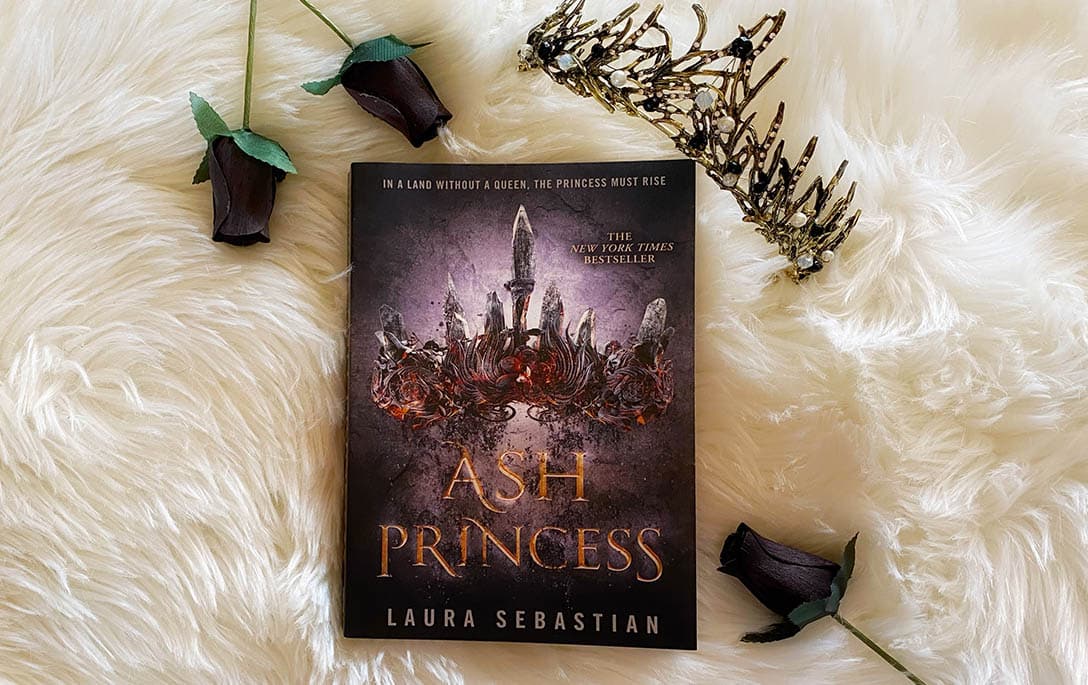 Ash Princess by Laura Sebastian Review is finally here. This novel centers around Theodosia, better known as Thora or the Ash Princess in court. Her kingdom got taken from her mother when she was six years old when the Theyn slit her mother’s throat. Ten years later, Theodosia is gone and left behind is Lady Thora. An empty shell of a girl who finds comfort in no one but Cress. Her only friend and daughter of the man who killed her mother.

The kingdom is now ruled by Kaiser and his people—the Kalovaxians. The Astreans who lived there during Theodosia’s mother’s rule are now slaves, and the Guardians who possess magical power are dead. Thora lives a life in constant fear of the Kaiser as he whips her when anything goes wrong, beating her so many times the scars that line are will never erase.

Thora is forced to wear a crown of ash and be the puppet in the Kaiser’s cruel game. No longer is she a strong potential ruler. But that changes when the Kaiser forces Thora to make a decision leaving blood on her hands her people will hate her for. Even Thora hates herself for the crime; she had no choice but to commit.

But things change when Blaise (her childhood crush), Artemisia, and Heron show up. They pretend to be her Shadows. The guards the Kaiser charged with always watching Thora even when she sleeps through holes in her walls. Thora devises a plan: seek revenge on this kingdom by taking out everyone who hurt her, including the young Prinz Søren. But that is easier said than done when Thora discovers she has real feelings for Søren. Can Thora rise to the occasion and find her inner strength that was once lost? Or will the Kaiser win his own game?

Read the book to find out the answer to that question.

I have to say I was a little disappointed in this novel. The plot was like molasses. It went by so…so slow, but I kept reading, hoping there was a light at the end of the tunnel. But nope. This entire book went by painfully slow. It was 400+ pages, and it felt like double that.

The main character, Thora, was also all over the place in her emotions. Yes, I get she is young, and only sixteen meaning she needs to figure out how to be a queen. Thora never got a chance to learn how to be queen. Yes, she’s been tortured most of her life. But her narrating was all over the place. It took me a good few chapters to figure out that she was referring to herself as Thora and Theodosia.

I want to read the other two books, but I’m not sure I will. The plot is just way too slow and very cliché. Thora never gives way to the ice in her heart. If she does have an endearing moment with Søren, it erases itself just as fast and leaves the reader two steps back. Even when Søren leaves everything he knows behind it, there’s no light in Thora. She dismisses everything that happens between them only giving us a glimpse at how she feels.

Have you read this novel? What were your thoughts? Did you think the plot was slow-moving?