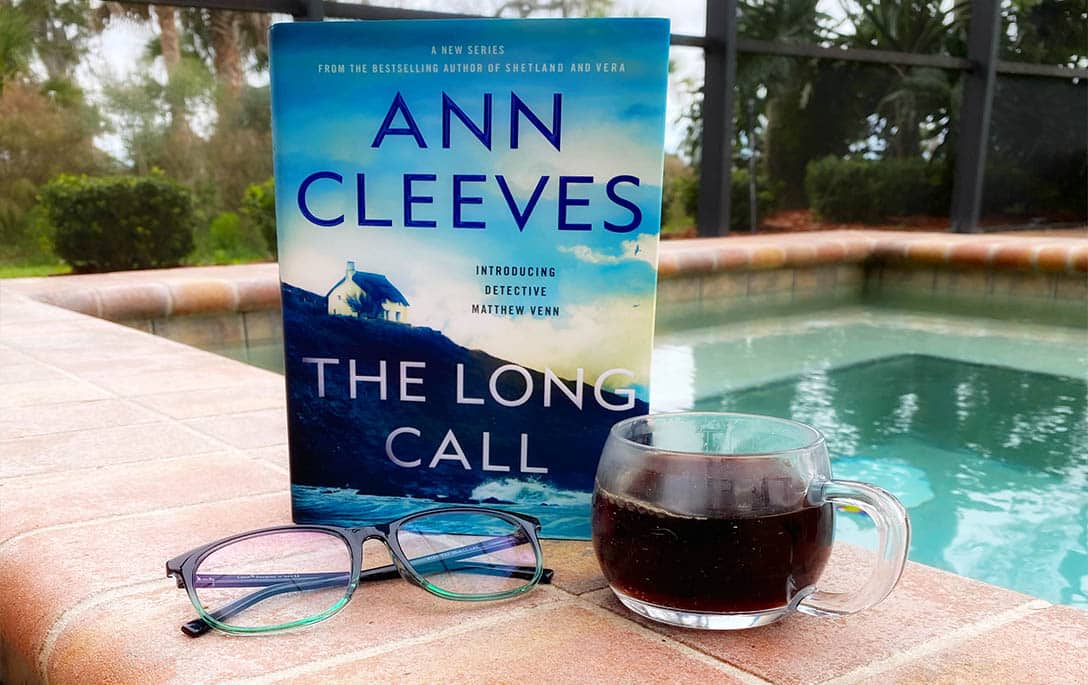 Can you ever escape your past? That’s the question The Long Call by Ann Cleeves starts out having the reader questioning. In this first in the series crime novel, we get thrust into the characters of Detective Matthew Venn and his team Jen and Ross. It is set in North Devon where not only two rivers collide, but lives of the past collide into the present. Standing outside his father’s funeral where he is not welcome, Matthew gets a call that a man’s body was found on the beach by where he grew up. Now, having to face his haunting past in the strict evangelical community Matthew is put in charge of the investigation.

After learning the man, Simon Walden had many haunting secrets of his own, DVenn’s investigation into finding the killer begins. This exposes and unfolds Simon’s secret life, which triggers kidnapping and attempted murder on the detectives. However, none of that causes Matthew, Jen, or Ross to backdown. What was interesting in this novel is it centers around a murder and the characters involved. But we also get an intimate look at the detectives.

We learn why Matthew got shunned from his family, and why Jen found the need to get back to work sacrificing a relationship with her two kids. We then gain a glimpse into Ross who may or may not like having to answer to the head of the department.

However, things in the novel get even more complicated when the investigation into Simon and the kidnappings are all linked to Woodyard. The community center for people with disabilities Jonathan, Matthew’s husband runs. Will it be a conflict of interest if Matthew continues spearheading the investigation? Will Jonathan be considered a suspect? The questions continue to swirl until the very last page of this novel!

In other words, I have to say this book was one I couldn’t put down. I had no idea who the killer was the entire time. Not until I read the second to last chapter! That’s how good Ann Cleeves did in writing this novel! It will not disappoint you. Cleeves did a great job incorporating multiple storylines without it being overwhelming to the reader. It was easy to follow and easy to get enthralled in. I wanted to know what happened! Once I got halfway through, I didn’t want to put it down! There was so much I wanted answered and was curious about.

Therefore, the only criticism I have that stops me from giving this book a 5/5 is the descriptions. I was confused by them and had a hard time picturing the settings. At one point, I stopped just to google the town, so I knew what it looked like. I felt like such an outsider to North Devon. I only got past it in the final chapters of the novel. Did anyone else struggle with picturing the town? At first, I wanted to picture it like a small town in North Carolina, but as the novel went on I couldn’t. However, after I finished looking up the town online, it made reading the novel easier to picture.

Title: The Long Call
Author: Ann Cleeves
Pages: 375
Where to Purchase: Amazon, Barnes and Noble, Target
I rate it: 4/5