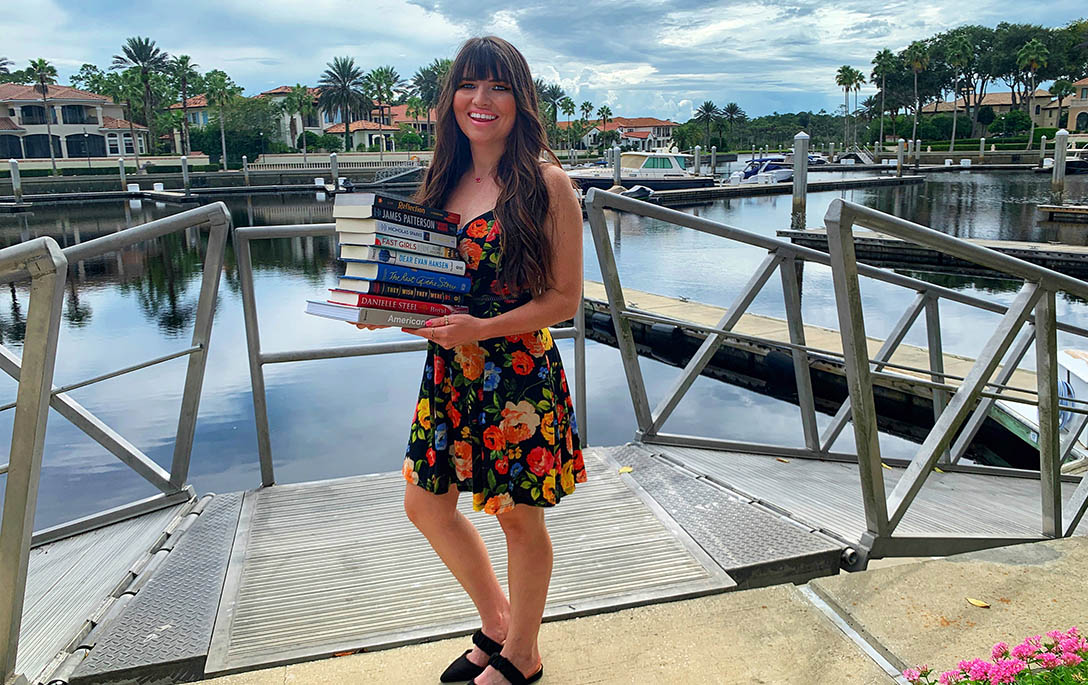 My September TBR Picks are here! I am so excited to reveal to all my book club readers this month’s book picks! There’s memoir, fantasy, YA, historical fiction, mystery, and so much more. So without further ado, my selection is: Reflection by Elizabeth Lim, The Midwife Murders by James Patterson and Richard DiLallo, The Rescue by Nicholas Sparks, Fast Girls by Elise Hooper, Dear Evan Hansen by Val Emmich, The Rest of the Story by Sarah Dessen, They Wish They Were Us by Jessica Goodman, Royal by Danielle Steel, and American Dreams by Ian Brown.

Reflection by Elizabeth Lim is a Disney twisted tale. It tells the story of Mulan. I thought I’d pick this since Mulan, the movie by Disney, is coming out Friday! But this twisted tale asks, ‘what if Mulan had to travel to the Underworld?

The Midwife Murders by James Patterson and Richard DiLallo is a dark thriller novel. It all starts when a patient goes missing from a NY hospital. Senior Midwife Lucy Ryuan steps up and is determined to find out what is going on when more and more patients go missing. Rumors swirl of who’s behind it all as she aides an NYPD detective, but what if what is going on is far more sinister than she ever dreamed.

The Rescue by Nicholas Sparks is another one of his infamous romance novels. I decided to add it since his new book, The Return, is launching this month. Taylor McAden is a fearless firefighter, but the one thing he cannot do in his life is fall love. But then comes Denise Holton and her young son, who has severe learning disabilities. Will those two get Taylor to confront what he’s been hiding finally?

Fast Girls by Elise Hooper is a historical fiction novel centering around three young women who turn into Olympians. It is based on actual events and takes us into what those women had to overcome during pre-war America.

Dear Evan Hansen by Val Emmich is inspired by the Broadway hit show. Evan Hansen wants to get through the days, and; that’s it. But what happens when a letter he writes to himself gets mistaken as something it’s not? Suddenly, his secret best friend is Connor Murphy, and Evan is no longer invisible. Will Evan live this new life hiding the secret? Or will he decide to set the record straight?

The Rest of the Story by Sarah Dessen centers around Emma Saylor. She doesn’t remember a lot about her mother. All she knows is now she is known as Emma. However, after her dad gets remarried, Emma is now headed back to where her mom grew up to spend the summer. Now, she is Saylor and living this whole new life. Will Emma decide to remain Emma or Saylor?

They Wish They Were Us by Jessica Goodman is a YA murder mystery novel. The Players are what everyone wants to be apart of when they attend Prep. But is it everything you think? You have to go through terrible pops and do things you never thought you’d do. Will things change when Jill Newman becomes a senior? She hopes so, especially since her best friend, Shaila, was murdered years ago during The Player’s initiation. But senior year is anything but one big party scene when Jill starts to doubt if the killer was really caught.

Royal by Danielle Steel is finally here. It centers around a princess who is sent far away during WWII. Princess Charlotte longs for a life of normalcy and falls in love. But there is more to the story when an infant is found, and letters reveal a long lost secret.

American Dreams by Ian Brown is a powerful collection of letters and photographs. The notes are all handwritten, and the pictures are amazing. It captures the stories of Americans and their dreams.

I’m so excited to dive into these novels. COMMENT below if you’ve read any of these? Which books are you reading?