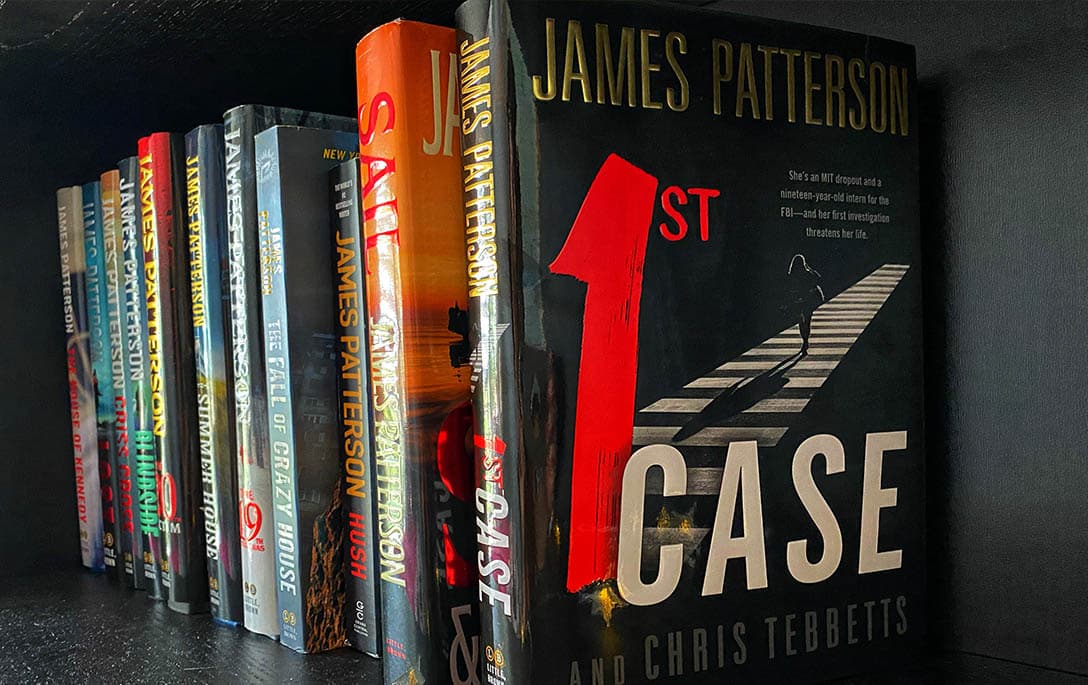 1st Case by James Patterson Review is here. Chris Tebbetts also wrote this novel with Patterson. It centers around Angela Hoot, who is a genius programmer. After getting kicked out at MIT for hacking another student’s computer, her mentor Eve Abajian gets her an internship at the FBI Boston field office. However, Angela is used to being at the top of the class, and now at the FBI, she is at the bottom. Her new supervisor is Assistant Special Agent Willian ‘Billy’ Keats—who Angela also refers to as Agent Blue Eyes—sees her as a prodigy.

However, after Angela gets called to her first crime scene, she soon sees this new world isn’t something she’s prepared to join. Let’s face it hacking and learning at MIT is way different than tracking murderers. It doesn’t help her first case involves the brutal murders of an entire family, including a girl about Angela’s sister’s age. To say afloat, her mentor Eve tells her to focus on the case and look beyond the coding to catch these killers. Angela soon discovers they created a private chat app that traces people and takes their photos without knowledge, luring the victims in through chats.

Can Angela find the people behind it? She starts to feel like she’s spinning her wheels as more and more bodies and families get piled up. What’s worse is the killers focus on Angela, sending her obsessive mind into overdrive. Will she be able to survive her first case? It’s a race against the geniuses on who can stop who first. The real question is, can Angela handle being in the FBI because it’s not for the faint at heart.

1st Case is another heart-stopping thriller novel. I absolutely love Angela Hoot. Her character is spot on every way—crime-solving, devotion to her family, and even romance. While she is afraid of what she is doing, the way she conquers, it is excellent. I love her and Billy too. Their romance was, giving us the feeling that there will be more to their story.

I’m so excited about this new series adding to the Patterson collection. I was stumped on who was behind the murders, and every time I thought I had it figured out, I was wrong. It was so great I recommend getting your copy!

Have you read this novel? What did you think? Want to get your book feature? Contact me! Also, don’t forget to check out my feature on Feedspot’s Top 100 YA Book Blogs!