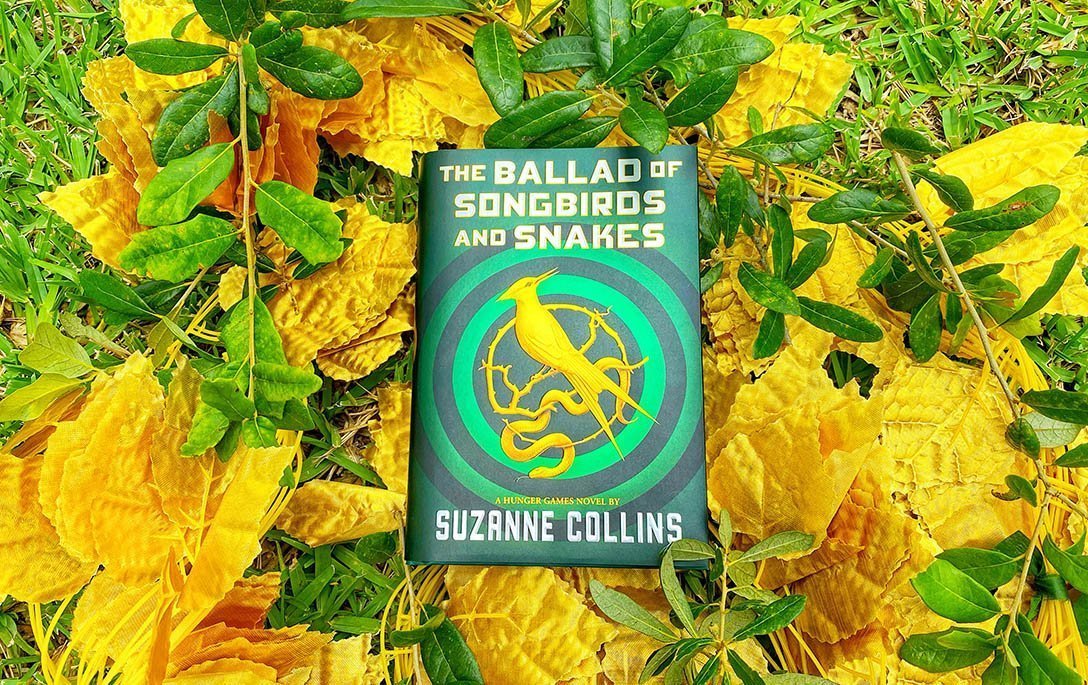 The Ballad of Songbirds and Snakes by Suzanne Collins Review is here.

This book centers around Coriolanus Snow. He’s eighteen-years-old in this novel, living in the Capitol trying to project a wealthy image. In reality, the Snows have lost everything, and Coriolanus is determined not to let anyone know it. He has one chance to get where he wants to be within the Capitol and make his mark by mentoring a winning tribute in the Hunger Games.

However, he is assigned the last tribute. The female from District 12 is as low as you can get for a tribute. Her name is Lucy Grey Baird, who can charm everyone with a voice like an angel. Coriolanus soon sees he was blessed with having her as she can capture the hearts of the audience. It is then the idea to have people send in food, and other necessities to the tributes is born within the Hunger Games.

Every move that is made by Coriolanus will lead to either his demise or trumpet. While within the walls of the arena, it’s a fight to the death. One thing Coriolanus did not count on was having feelings for Lucy. Will glory outweigh his heart’s desire? Or did something else lead to the villain we all know in the Hunger Games trilogy?

Overall, I wasn’t a fan of this novel. First, I was disappointed it was about Coriolanus as we already know his fate. Second, I wasn’t compelled by the storyline to keep reading. I kept putting it down. It felt like work to read the novel. I couldn’t get into the characters. I did really love Lucy. However, it wasn’t enough to get me to keep reading. I think if there was another angle the story took place, maybe before the Hunger Games came to be, the plot might have been more gripping and exciting. Maybe the Snows before they fell?

I also wasn’t a fan of the descriptions. I thought they were long and not capturing enough. The ending was a twist. Yet, it was almost like since I knew what Coriolanus was like; it wasn’t surprising. It made me dislike his character even more because without a silvering lining in him as a protagonist or sliver of goodness in his heart; I wasn’t pulling for him.

Title: The Ballad of Songbirds and Snakes
Author: Suzanne Collins
Pages: 517
Where to Purchase: Amazon, Barnes and Noble, Target, Books A Million
I rate it: 2/5

The Light After The War by Anita Abriel Review

So This Is Love by Elizabeth Lim Review