The Inn by James Patterson Review 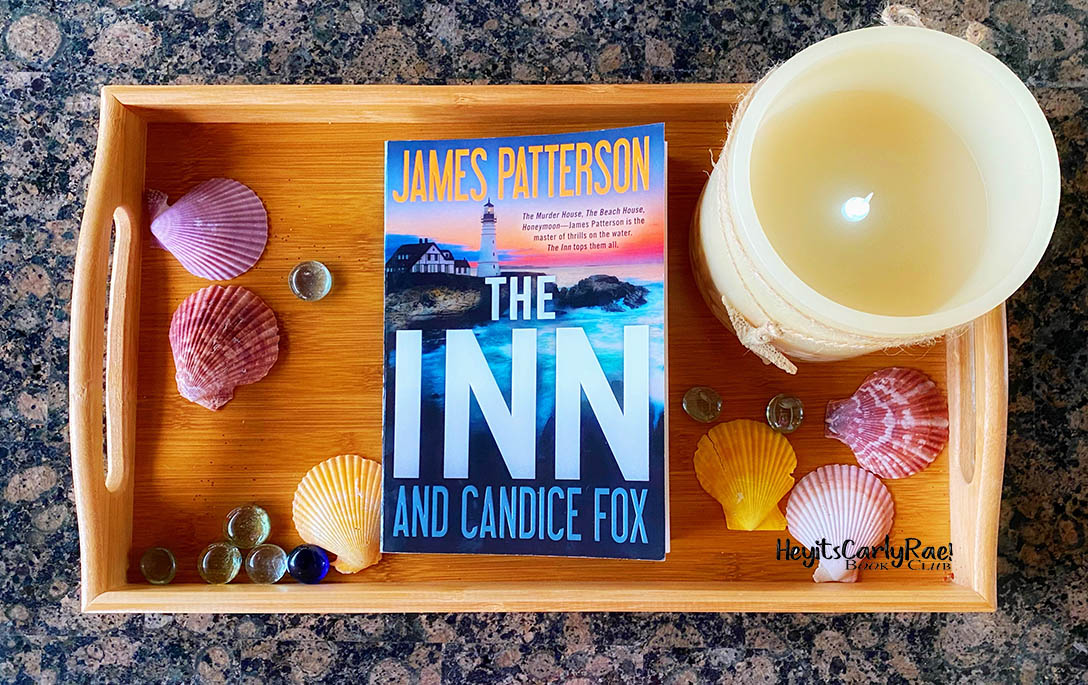 The Inn by James Patterson Review is here. Candice Fox also co-authors it!

This novel centers around Bill Robinson. A former Boston police detective who lost his job due to his partner, Jeremiah Malone’s indiscretion. Fast forward a few years—we find Bill living in Gloucester, Massachusetts, and owner of The Inn in the seaside town. He bought it a few months after getting fired with his wife, Siobhan, who was killed a few months after moving to town.

Heartbroken and lost, Bill can’t find it in himself to overcome his grief. Instead, The Inn sits desolate and rundown where the in-house residents reside with him: Marie (only fifteen and Siobhan’s second cousin), Vinny (a former gangster), Susan Solie (former FBI), Effie Johnson (related to one of Susan’s cases), Doc Simeon (a retired doctor), Neddy Ives (never leaves his room), Sheriff Clayton Spears (local sheriff), Angelic Grace Thomas-Lowell (a writer), and Nick Jones (former marine). Each character is battling their inner demons and escaping the world, protecting themselves within the walls of The Inn. It’s something Bill thinks Siobhan had secretly planned as they all are a little dysfunctional family.

A family that soon is fighting for their lives when Bill and Nick go after Cline. A local drug dealer who takes pleasure in destroying lives and Gloucester is Cline’s newest oasis, or so he thinks. Bill might not be part of law enforcement anymore, but he won’t stand by and let Cline get away with dealing drugs that are killing people he knows. However, Bill’s new obsession causes one of the members of the house to get murdered. The horrific crime devastates everyone forcing Bill to face his grief of Siobhan.

While everyone has their own problems to worry about, they all ban together instead of dispersing to face Cline head-on. This is a deadly game that leaves the only option of Bill or Cline to survive in the end. But to get to the end, the game must be played out. One thing to remember is Cline never likes to have loose ends and anyone that gets in his way he kills. The deadly game of cat and mouse will change the lives of everyone at The Inn forever.

The question is, is someone like Cline who has law enforcement under his thumb, someone who can be beaten? Bill must answer that or decide once and for all what he’s prepared to lose. Can he overcome his grief and decide it’s okay to move on when he finally feels something more than friendship with Susan? Read this fast-paced book to find out.

Overall, this book was a thriller I couldn’t put down! Every page was a turn pager, and I had to keep reading to find out what happened! I couldn’t believe the characters who were killed because it is literally a novel where no one is safe! The characters were well thought out too. Each one has unique personalities that made them memorable. While this wasn’t a mystery, it was the definition of a thriller, and I held my breath in each chapter I read hoping they’d survive.

Everything tied up nicely too, and I really enjoyed this Patterson novel. It wasn’t like any of the others I’ve read so far, which I found refreshing. Patterson has the gift of making reading fun and making his stories true originals. Have you read this novel? What did you think? Comment and let me know!

Title: The Inn
Author: James Patterson and Candice Fox
Pages: 361
Where to Purchase: Amazon, Barnes and Noble, Target, Books A Million
I rate it: 5/5

All the Stars and Teeth by Adalyn Grace Review

The World Without Flags by Ben Lyle Bedard