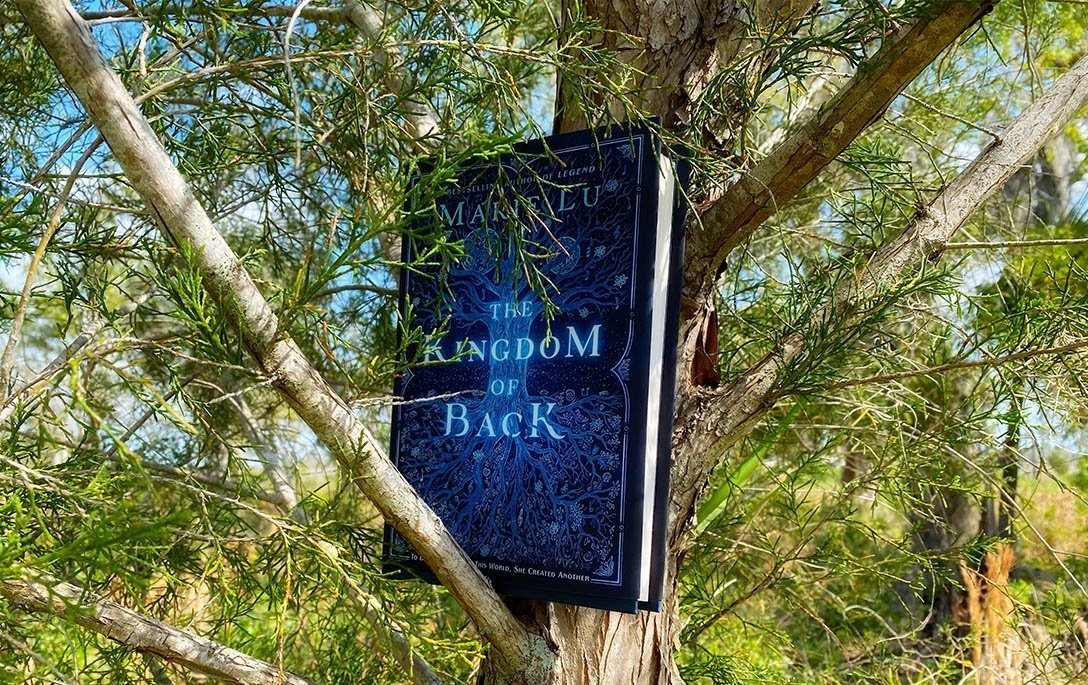 The Kingdom of Back by Marie Lu Review is finally here, and yes, I did put this book off because I thought it was another YA kingdom novel. However, I was thoroughly surprised!

Nannerl Mozart is the older sister of Wolfgang Mozart and loves playing piano under her father’s teachings. She also loves his praise and dreams about playing all the time. Above all, Nannerl wants people to remember her. Yet that simple aspiration seems to be out of reach as her father will only let her play until she becomes at the age of marriage, leaving her brother Woferl the named protégé. Woferl is small and sickly. However, Nannerl loves her brother and tries not to feel jealous when he starts to show exceptional talent in music. His ear is, if not better, than anyone, including Nannerl’s.

Together the Mozart siblings get cast on a fantastical journey where they meet Hyacinth. A princeling of a magical forest who promises Nannerl he’ll make her someone never forgotten in history if she does something in return for his help. This temptation is too high for Nannerl to decline his offer, so she agrees. Hyacinth visits in secret to bring her and Woferl to the forest. It’s made of upside-down trees, a beach with sand as white as snow, a glorious castle, and is lit by two moons. Yet this place holds secrets. Hyacinth tells them he got cast out of the kingdom that belongs to him. He needs their help to reclaim his throne and set the castle back to the glory it deserves. He especially wants to reunite with his sister, who is trapped inside the castle.

Nannerl agrees, and they fulfill Hyacinth’s every task, while good fortune happens upon the Mozart’s. They are sought out by nobles to play, and people love Nannerl’s skills. But the only person she cares about is her father, and he too is seeing how good she is at performing. The more people seek them, the more fortune they find. However, Woferl gets sick, leaving Nannerl to question their new friend, Hyacinth’s real motive. Is he making her brother sick? Is he really who she thinks he is?

Those are questions that throughout their magical journey, Nannerl must answer. But the hardest decision she has to make is what she will sacrifice to get remembered? When is enough…enough?

Overall, I definitely recommend reading this novel. The story is original and fun. The music part and intellect Marie Lu had to write this novel is astounding. She did a phenomenal job in bringing to light a story that’s never been told or done. To take Mozart and his sister and cast them on a fantasy journey takes a true art and Lu delivered in spades.

This novel is a must-read for every fantasy fan because of how unique the story is. Honestly, I hesitated because it seems like the YA genre always is putting out more and more kingdom novels. How many of those do we honestly need? This book, however, is so unique that I say move it up your TBR list! I was pleasantly surprised and genuinely wowed by how much went into the unique novel that was so well thought out. There were twists and a little bit of mystery too, which was an added plus!

Title: The Kingdom of Back
Author: Marie Lu
Pages: 313
Where to Purchase: Amazon, Barnes and Noble, Target, Books A Million
I rate it: 5/5

The Archer's Diary by Liam Cadoc