The Light After The War by Anita Abriel Review 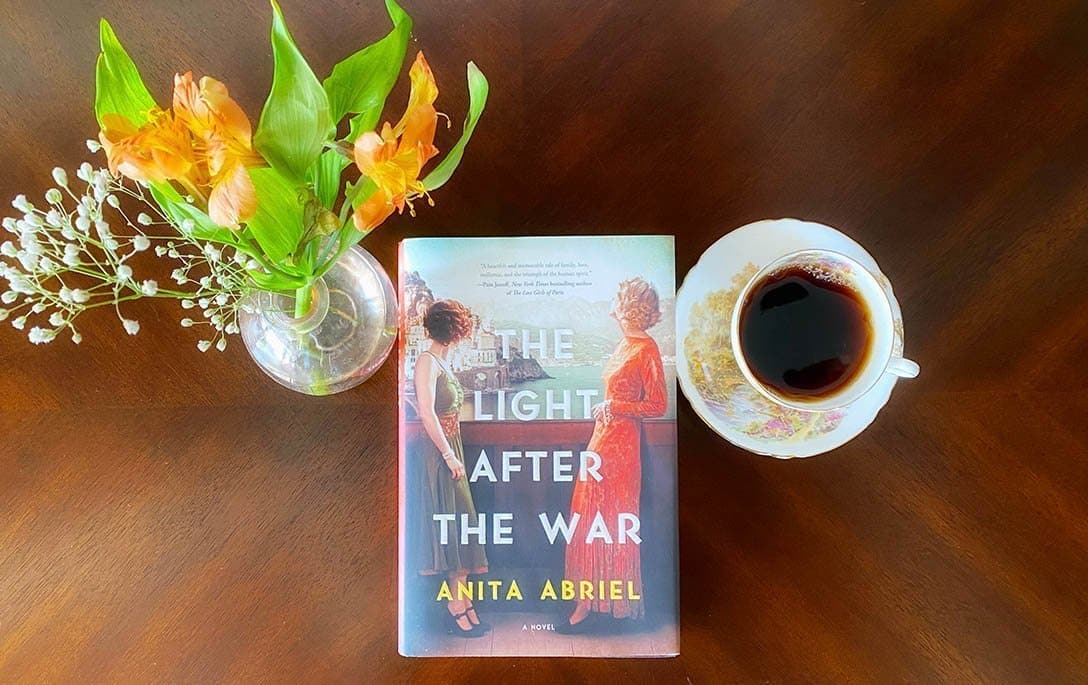 The Light After The War by Anita Abriel Review is a highly anticipated review. This historical fiction novel centers around Vera Frankel and her best friend, Edith Ban. Both are young Jewish girls leaving Budapest behind them to try and start their lives over after World War II. With their parents feared to be dead, along with Edith’s sweetheart, they head to Naples. It is here the young eighteen-year-old girls begin to heal from the horrors they’ve seen.

Edith tries to cope with the loss of her beloved, Stefan, who’s death has never been confirmed. She has a hard time coping, but believe Stefan lost his life in a work camp. This makes Edith either depressed, never wanting to leave her bed or viciously flirts with guys. However, Edith still tries to hold on to the one dream she may be able to have: be a famous designer, and dress the wealthy society.

Meanwhile, Vera is more focused on earning a living and being the strong one between the two. She sets out to get a job at the embassy, where she works for Captain Anton Wight. Vera finds him extremely handsome and loves the idea of going to work because it means she will see him. Yet, Vera is professional and refuses to admit her feelings, even to herself. But the inevitable happens when Anton admits his feelings. They start a whirlwind romance where passion and love rule. But when a circumstance is brought to light by Anton, can you love someone so much you set them free to get what you believe they want?

It’s a question that when answer leads the young women to Ellis Island, where they are turned away at the port and decide to venture to Caracus. It is here their dreams start to come true. Edith sees the light at the end of the tunnel with her designs, thanks to Robert Kinkaid. A wealthy man from Manhattan who owns dress shops in Boston and New York. But is Robert who he says?

Meanwhile, Vera finds herself a good from working at an ad agency for Mr. Matthews. But her story leads her to Roberto. A very handsome and well-known man in Caracus. But when you find your one true love, can you love another? It’s a question Vera must answer for herself as we follow her journey. While Edith must decide if a great love lost can ever be found again?  With unforeseen twists and daring adventures, this historical fiction novel is a must-read.

I really enjoyed the novel. It brought us back to the horrors of World War II and what the Jewish community went while casting hope on their journey. Anita Abriel transported the reader to the time right after by vividly describing the cities, streets, and atmosphere. Reading about how Vera and Edith escaped a concentration camp thanks to their mothers made me hold my breath the entire chapter. I also really liked how there were flashbacks throughout the chapters, allowing us to know the characters. My favorite character is Edith because she goes through so much and yet finds her inner strength.

If you enjoy historical fiction, you’ll really enjoy this novel. It has just the right amount of adventure, love, and truth.

Title: The Light After The War
Author: Anita Abriel
Pages: 309
Where to Purchase: Amazon, Barnes and Noble, Target, Books A Million
I rate it: 4/5

The Cause Lives by Marie W. Watts

The Houses of Lorian Hollow by Sarah Seado