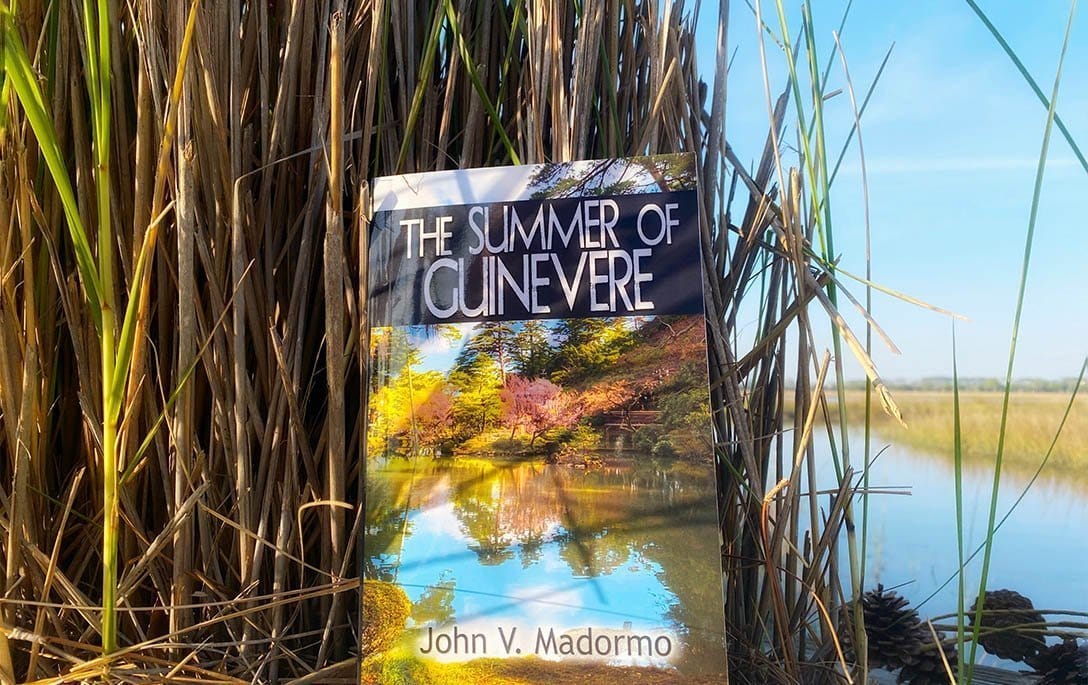 The Summer of Guinevere by John V. Madormo is out now.

The story of a shy, misunderstood teen who has never had the courage to ask a girl out on a date, and who longs for a lasting relationship. If you’re a fan of J.D. Salinger’s “The Catcher in the Rye,” you’ll want to read…

It was the summer of 1968. Dr. Martin Luther King, Jr. had been cut down by a sniper’s bullet. Senator Bobby Kennedy, on the campaign trail in California, had been assassinated. The Democratic National Convention in Chicago had left a black eye on the city. And 16-year-old Paulie Passero was oblivious to it all.

In a coming-of-age story, an underachieving high school junior, who has never had the courage to ask a girl out on a date, is about to experience The Summer of Guinevere. When his father learns that his mother, the woman who disowned him years earlier, is lying on her deathbed, he decides to return to rural Leroy, Pennsylvania, after more than two decades, to say goodbye. He takes Paulie along to meet the grandmother he has never known.

Paulie is unprepared for and unaccustomed to Smalltown USA. He busies himself with mundane activities until he notices a girl riding in the back of a pickup truck one day. He is immediately enamored with her. When the two finally meet, she wants nothing to do with him, but Paulie is determined to win her over. In what soon becomes the first meaningful relationship of his life, Paulie learns that this is a troubled girl with a shameful past who yearns to escape the clutches of an abusive father.

Paulie also meets his father’s brother, a high school English teacher, who, for his entire life, has lived with a secret. When Paulie inadvertently learns about his uncle’s past, he struggles with acceptance. It is this same uncle, however, who inspires him to reach new heights academically, and as a young man.

“The Summer of Guinevere is a compelling and captivating coming of age story.  John Madormo is a powerful storyteller with an ever-changing storyline and relatable characters.” THE NEW ENGLAND BOOK CRITIC

“This was a story that evoked all kinds of emotions because it was just not about a family reunion, it was about a girl who desperately needed help, and Paulie would finally discover what he was made of.” PARANORMAL ROMANCE GUILD

“When I jumped into The Summer of Guinevere, I was surprised at how much I enjoyed it. I devoured it in one day. I recommend checking this one out.” READING IN THE WILDWOOD

John V. Madormo, a Chicago area screenwriter, author, and college professor, has created a body of work that has attracted the attention of motion picture producers and publishers. John sold a family comedy screenplay to a Los Angeles production company, signed a contract for a three-book deal with a major New York publisher, and was named the Grand Prize winner of a national writing competition.

You can get your copy of this novel on AMAZON or check out more on John Madormo on his website! You can also follow him on Facebook, Twitter, or Goodreads. Author John V. Madormo was kind enough to send me a copy and I have to say The Summer of Guinevere did not disappoint. This story was one I did not see coming but was everything I needed to read. It is a phenomenal addition to my bookshelf.

Journey of a JuBu by Blaine Langberg

Books I Recommend Reading This Month

The Madwoman of Preacher’s Cove by Joy Ross Davis