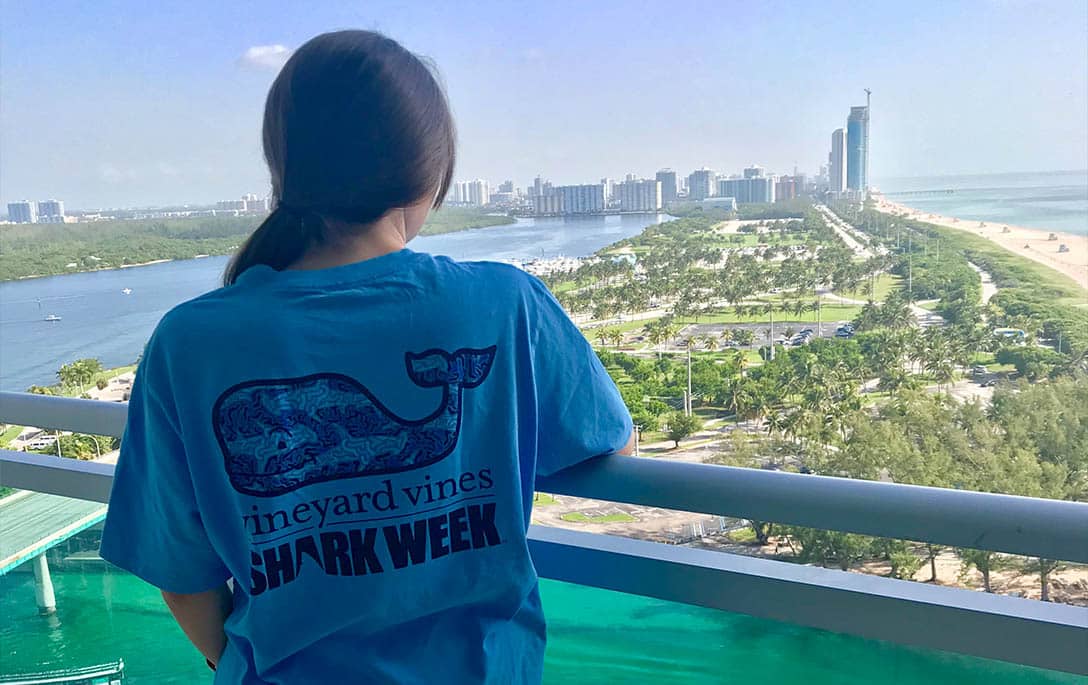 Did you know in the last 200 years, the shark species in the Mediterranean Sea has declined by 97%? Total over 100 million sharks are lost every year. Sharks are also the most threatened vertebrates on Earth. It is those scary statistics that made me stop and support Shark Week. I wanted to bring awareness to my readers about sharks to help support the cause.

Those are only some of the facts, I have discovered. According to scientists sharks also predate humans and dinosaurs, which means this is their planet too. They are essential to the ocean and marine life. We need them, so it is time we start protecting all the species.

To show my support for Shark Week I bought a Vineyard Vines Shark Week Shirt. Vineyard Vines partner with Discovery’s Shark Week, which is why I chose to get my official shirt from them. A plus, is this shirt is super comfortable and easy to wash and pack!

Write in and tell me your favorite fun fact about sharks! I will be sharing your questions on my Snapchat (HeyitsCarlyRae)! xoxo

Confessions of a Dalmatian

Confessions of a Dalmatian