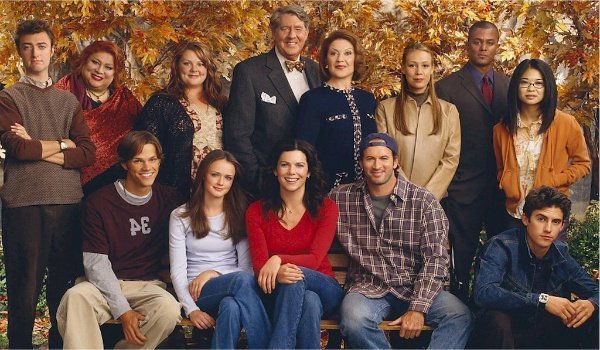 So I remember exactly where I was and exactly what I was doing the night Gilmore Girls first premiered years ago. It was one of those shows that became a ritual to watch with my sisters and mom. It’s one of those shows that you fall in love with as soon as you watch it.
I was heartbroken when it was released they weren’t renewing it because of a main character not wanting to continue. But after watching reruns and reruns and yes falling in love with Dean and wishing Rory would secretly always end up with him… even though I ended up loving Logan too!
[youtube=https://www.youtube.com/watch?v=fTnU5MG5Edw]
I was so excited when I saw they would FINALLY be returning even for only 8 episodes because I never did feel like the episodes were over when it ended. The series finale was the most uneventful ending of series ever!!
BUT now that it’s returning to netflix I can’t wait to see it finally have all the loose ends tied up! Can I just say Lorelei better end with LUKE!

Tell me what you want to see happen! How excited are you for the return?!

Angels in the Mist by Ryan Southwick